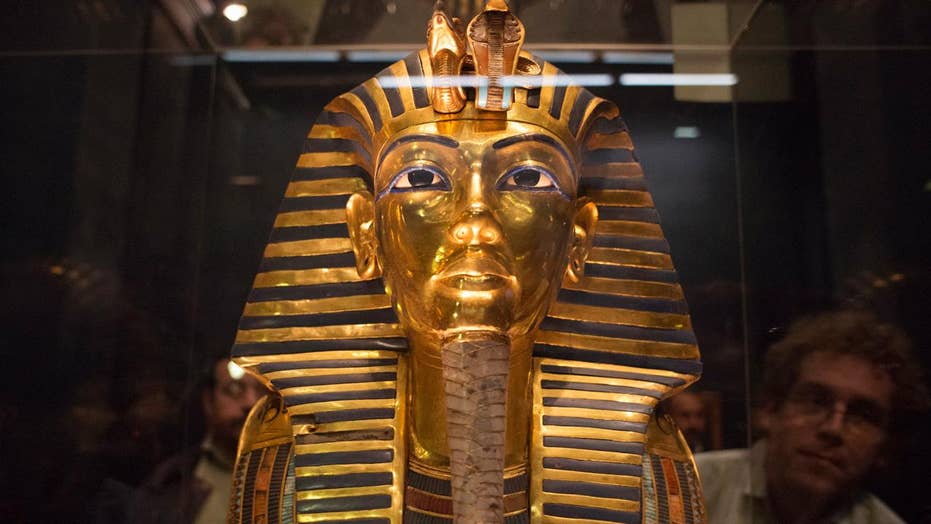 King Tutankhamun may have been a boy soldier

Stunning new research claims King Tutankhamun may have been a boy soldier, challenging the theory that the King was a weak and sickly youth before his mysterious death at around 18 years of age.

King Tutankhamun may have been a boy soldier, stunning new research claims, challenging the theory that the King was a weak and sickly youth before his mysterious death at around 18 years of age.

Analysis of leather armor found in the boy king’s tomb could indicate that he even may have seen battle, according to a documentary that aired recently on Channel 5 in the U.K. Experts used specialized photography to identify signs of wear and tear on the 3,000-year-old armor.

“It was possible to see abrasion along the edges of the leather scales, meaning that the armor had seen considerable use. That suggests that Tutankhamun had worn it, and that perhaps he had even seen battle,” said Lucy Skinner, an expert on ancient Egyptian leather at the U.K.’s University of Northampton, who took part in the documentary.

IS THIS THE FACE OF TUTANKHAMUN?

Previous research has suggested that the boy king struggled with health issues. In 2014, a BBC documentary harnessed 2,000 Computerized Tomography (CT) scans of the pharaoh’s mummified body, to create a full size computer-generated image of Tutankhamun. The virtual autopsy revealed that Tutankhamun suffered from a genetic bone wasting disease and a club foot, making him unable to walk unaided.

Another theory suggests that Tutankhamun, who is said to have reigned between 1332 and 1323 B.C., died in a chariot crash.

Analysis of the armor, however, could shed new light on the ancient pharaoh. The remains of the tunic-like garment, known as a cuirass, are held in the new Grand Egyptian Museum in Cairo.

A new technique called Reflectance Transformation Imaging was used to merge several images of the object photographed under different lighting angles, according to the University of Northampton. This enabled Skinner to see features on the armor for the first time, revealing that the garment was well worn.

“If this is true, it would be an amazing revelation, countering the idea that Tut was a weak and sickly boy-king,” Skinner said, in the statement. The University of Northampton notes that, despite being excavated almost 100 years ago, it remains a mystery how the overlapping leather scales used in the armor were made, or whether it even had a military use.

KING TUT'S DAGGER IS 'OUT OF THIS WORLD'

The pharaoh’s tomb, which was full of spectacular artifacts, was discovered by British archaeologist Howard Carter in 1922. The cuirass suffered damage during the excavation, likely while being removed from its original box and when an attempt was made to unfold it.

While only a small part of the armor remains, experts are hopeful that they can find out more about the garment.

“I have been working on some experimental tanning to create replicas of the individual scales,” Skinner said. “The ancient methods used for making this type of leather are not really well understood. Materials will invariably change chemically and physically after being buried for thousands of years, so there are a lot of complicated scientific processes involved in finding these things out.”

She wants to help find funding for a replica of the armor.

“It would be great if my experimental work in Northampton helped my Egyptian colleagues to make an accurate reconstruction for display alongside the fragments of the original,” Skinner explained.

Ancient Egypt continues to reveal its secrets. Experts in the U.K., for example, recently found the world’s oldest figurative tattoos on two ancient Egyptian mummies, one of which is the oldest tattooed female ever discovered.