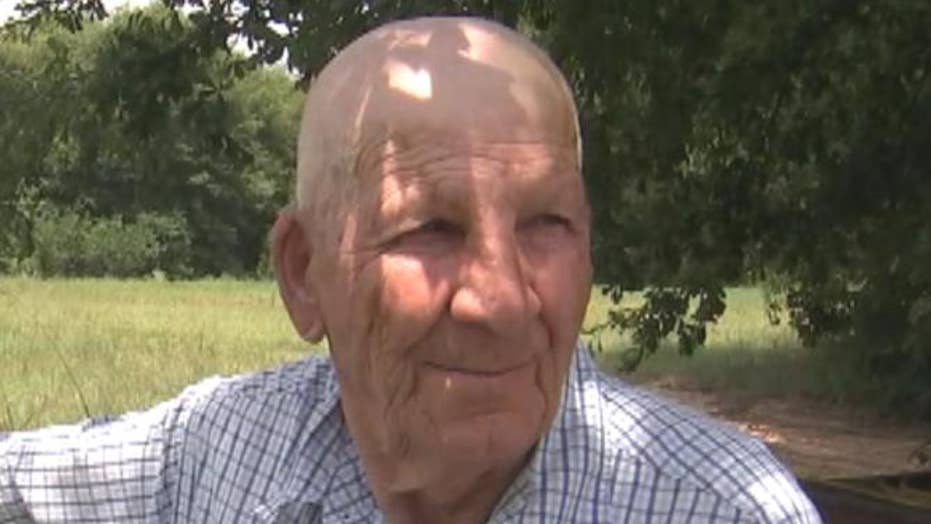 An 81-year-old man in Texas is thankful to be alive after being stung by hundreds of bees.

Fox 26 reports that Thomas Mizell, a farmer who lives in Liberty County, was clearing land for a fence line on his property when he was suddenly attacked by a massive number of bees.

No one was around and he did not have a cellphone on him.

“He didn't know where they came from, the bees just attacked him," his daughter Tresh Holt told Fox 26.

“I walk by faith and not by sight. I couldn't see, hardly, the bees had done got in my eyes and ears,” said Mizell.

Mizell stumbled and ran toward a pond that was about 200 yards away as hundreds of bees continued to sting him. He had plans with his wife Mary and their son Joey for lunch that day at noon, but something prompted Mary to leave early.

“That day, it was something gnawing at me. It wasn't just right,” Mary told Fox 26.

Mizell was in severe pain and his family rushed him to the hospital, where nurses immediately began removing the stingers. He had more than 135 stings on his head alone, his daughter said.

"I got a new hairdo," joked Mizell, who was released from the hospital on his 81st birthday. "A miracle. It is. It's a miracle. God spared my life and I'm thankful."

"Doctors said if my mom and my brother wouldn't have showed up when they did, my dad wouldn't have had much longer to live," said Holt.