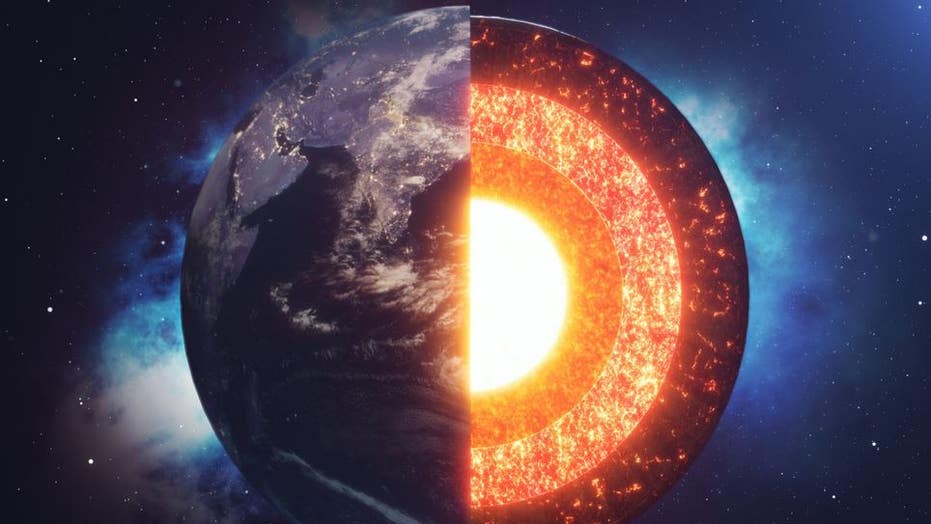 The Earth's inner core is hot and pressurized, so the idea that it could contain snow seems far-fetched.

But that's what a team of scientists has discovered.

In this case, however, the snow in this instance is composed of tiny particles of iron, far heavier than snow falling on the planet's surface, that are dropping from the molten core and piling on top of the inner core.

“The Earth’s metallic core works like a magma chamber that we know better of in the crust,” said Jung-Fu Lin, a professor in the Jackson School of Geosciences at The University of Texas at Austin and a co-author of the study, in a statement.

A team of scientists including UT Austin researchers has found evidence for iron “snow” in Earth’s core. (University of Texas-Austin)

MASSIVE ASTEROID WILL ZOOM PAST EARTH JUST AFTER CHRISTMAS

“It’s sort of a bizarre thing to think about,” geochemist Nick Dygert explained. “You have crystals within the outer core snowing down onto the inner core over a distance of several hundred kilometers.”

The research paper compares the snowing of iron particles with a different process that takes place inside magma chambers near the planet’s surface and involves minerals crystalizing out of the melt and coming together. In magma chambers, the compaction of the minerals creates what the researchers call “cumulate rock.” In the Earth’s core, the compaction of the iron helps the inner core grow and the outer core shrink.

The findings could help geologists better understand how planets like ours form.

“Relating the model predictions to the anomalous observations allows us to draw inferences about the possible compositions of the liquid core and maybe connect this information to the conditions that prevailed at the time the planet was formed,” he said. “The starting condition is an important factor in Earth becoming the planet we know.”