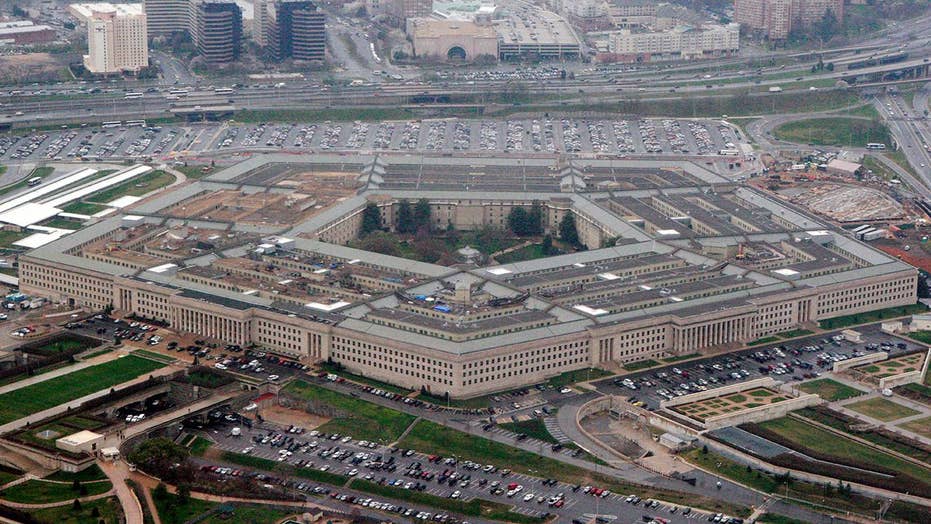 The Pentagon spent $22 million on the investigations; Garrett Tenney has more for 'Special Report.'

E.T. has not yet phoned home because he may not be smart enough to know how to do it. Or simply put, he may not exist at all.

A new study from the Future of Humanity Institute (FHI) at Oxford University, aptly named "Dissolving the Fermi Paradox," suggests that humanity is alone in the observable universe, putting a damper on the theory that there is intelligent life somewhere in the known universe.

"When the model is recast to represent realistic distributions of uncertainty, we find a substantial ex ante probability of there being no other intelligent life in our observable universe, and thus that there should be little surprise when we fail to detect any signs of it," the study's abstract reads. "This result dissolves the Fermi paradox, and in doing so removes any need to invoke speculative mechanisms by which civilizations would inevitably fail to have observable effects upon the universe."

CLIMATE CHANGE KILLED THE ALIENS, AND IT WILL PROBABLY KILL US TOO, NEW SIMULATION SUGGESTS

The Fermi paradox, named after physicist Enrico Fermi, is the contradiction between the lack of any evidence that Earth has been visited by intelligent extraterrestrial civilizations and the high probability that one or multiple civilizations exist, due to a number of factors. The factors include: there are billions of stars in the galaxy similar to our Sun; many of these stars have Earth-like planets; and some of these civilizations may have developed interstellar travel, something that is being discussed now by experts, including theoretical physicist Dr. Michio Kaku.

The study, which was published earlier this month, was conducted by Anders Sandberg, Eric Drexler and Toby Ord.

Sandberg, Drexler and Ord also look at the famous Drake Equation, a seven-term equation that attempts to look at the differing variables that would be relevant for intelligent lifeforms. This includes factors such as formed stars and their planets, the average number of planets that can potentially support life. Other factors inclue a fraction of those planets that can develop life and a fraction of these civilizations that have become intelligent.

In this study, Sandberg, Drexler and Ord reconsidered the Drake Equation, looking at adding chemical and genetic transitions to it. They noted that by incorporating these into the equation, it brings up significant amounts of scientific uncertainties.

ALIENS ARE REAL, BUT HUMANS WILL PROBABLY KILL THEM ALL, NEW PAPER SAYS

“Many parameters are very uncertain given current knowledge. While we have learned a lot more about the astrophysical ones since Drake and Sagan in the 1960s, we are still very uncertain about the probability of life and intelligence. When people discuss the equation it is not uncommon to hear them say something like: “this parameter is uncertain, but let’s make a guess and remember that it is a guess”, finally reaching a result that they admit is based on guesses. But this result will be stated as single number, and that anchors us to an *apparently* exact estimate – when it should have a proper uncertainty range. This often leads to overconfidence, and worse, the Drake equation is very sensitive to bias: if you are hopeful a small nudge upwards in several uncertain estimates will give a hopeful result, and if you are a pessimist you can easily get a low result.”

Sandberg further added that based on the equation's parameters, they looked at the smallest and largest values they might have and came up with a probability of 30 percent that mankind is alone in the universe.

“We found that even using the guesstimates in the literature (we took them and randomly combined the parameter estimates) one can have a situation where the mean number of civilizations in the galaxy might be fairly high – say a hundred – and yet the probability that we are alone in the galaxy is 30%!," he said. "The reason is that there is a very skew distribution of likelihood."

Results of the study have drawn the attention of several experts, including SpaceX and Tesla CEO Elon Musk.

"This is why we must preserve the light of consciousness by becoming a spacefaring civilization & extending life to other planets," Musk wrote on Twitter, following the study's write-up in Universal-Sci.

Musk continued: "It is unknown whether we are the only civilization currently alive in the observable universe, but any chance that we are is added impetus for extending life beyond Earth."

DECODING ALIEN MESSAGES COULD BE THE BIGGEST CITIZEN=SCIENCE PROJECT EVER

"When we take account of realistic uncertainty, replacing point estimates by probability distributions that reflect current scientific understanding, we find no reason to be highly confident that the galaxy (or observable universe) contains other civilizations, and thus no longer find our observations in conflict with our prior probabilities," the study's conclusion reads.

It continues: "When we update this prior in light of the Fermi observation, we find a substantial probability that we are alone in our galaxy, and perhaps even in our observable universe (53%–99.6% and 39%–85% respectively). ’Where are they?’ — probably extremely far away, and quite possibly beyond the cosmological horizon and forever unreachable."

Despite the apparent bleak nature of the study's results, it does not mean that extraterrestrials do not exist or that we will never find them. It means that based off present knowledge, humanity is probably the only intelligent species in the Milky Way Galaxy.

Sandberg said that the results of the study show that SETI (search for extraterrestrial intelligence) is not "pointless," but rather just the opposite.

“There is a tremendous level of uncertainty to reduce," Sandberg was quoted as saying. "The paper shows that astrobiology and SETI can play a big role in reducing the uncertainty about some of the parameters. Even terrestrial biology may give us important information about the probability of life emerging and the conditions leading to intelligence."