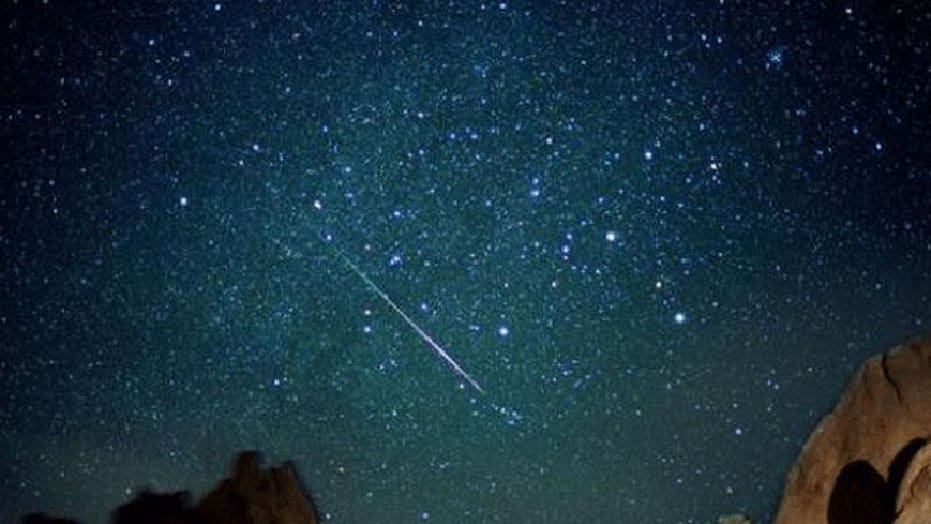 Experts say this year's event could be phenomenal

Stargazers can enjoy the oldest meteor shower known to Earth overnight Wednesday. The annual shower, known as the Perseids, will peak at 3 a.m. local time Thursday, according to astronomers.

That's "because the moon is almost new and there's no moonlight to mess with the show," said NASA meteor expert Bill Cooke. The last time the Perseids peaked with little moonlight was 2007.  If the weather is good, expect one shooting star a minute, maybe more, said Cooke.

Best viewed in the northern hemisphere, the Perseids are named after the constellation of  Perseus, from which they appear to radiate.

The skies will be clear for an unusually large section of the United States, said Weather Underground meteorology director Jeff Masters. Much of the East, Midwest and far West will be almost cloudless. But the forecast isn't as nice for Florida, Minnesota, Wisconsin, Arizona, Utah and Idaho.

The sky show is pieces of comet Swift-Tuttle hitting Earth's atmosphere at more than 133,000 mph and burning up. The best way to watch is to lie down and look up — no telescopes needed.

“Find an area well away from city or street lights,” explains NASA, on its website. “Come prepared with a sleeping bag, blanket or lawn chair. Lie flat on your back with your feet facing northeast and look up, taking in as much of the sky as possible After about 30 minutes in the dark, your eyes will adapt and you will begin to see meteors. Be patient -- the show will last until dawn, so you have plenty of time to catch a glimpse.”

The International Dark Sky Association, which works to combat light pollution worldwide, also has tips for watching the meteor shower. Stargazers, it says, could be in for a treat.

“Depending on variety of factors, in a typical year around the peak of the shower on the night of 12-13 August an observer can expect to see roughly 100 meteors per hour,” it explained, in a blog post Tuesday. “In extraordinary years, the hourly rate can far exceed this and the sky may be spangled with many ‘fireballs’ – meteors so bright that they may even cast shadows on the ground!”

FoxNews.com will be streaming NASA’s live coverage of the Perseid meteor shower from10 p.m. ET.