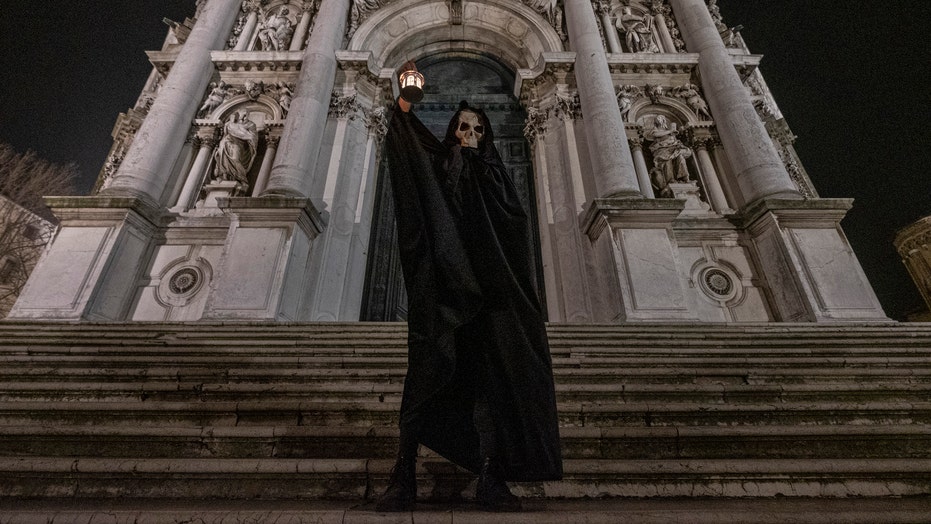 Before coronavirus, other deadly pandemics and epidemics ravaged the globe, resulting in horrific death tolls.  Here are 5 of the deadliest in history.

Like the coronavirus, the Antonine Plague is believed to have originated in China. Soldiers marching to Rome from Mesopotamia in late 165 AD were ill, many covered in red and black papules that eventually would scab over and fall off. The plague would soon spread across the Roman Empire. Also similar to the current pandemic, not everyone who caught the virus -- which researchers believe was probably smallpox -- died, and those who survived became immune. However, by the time the plague was under control in 180 AD, it had killed millions of people and had practically wiped out Rome’s 150,000-man military. It also claimed the life of Emperor Marcus Aurelius.

One legend floating around during the time had it that the disease was released when a Roman soldier accidentally opened a golden casket in the temple of Apollo, freeing the cursed plague from confinement. Either way, many were certain that they had done something to anger the gods, such as the sack of the ancient Mesopotamian city of Seleucia. Christians also were blamed for angering the gods.

Believed to have been brought over by rat-infested merchant ships sailing into Egypt, at one point the Plague of Justinian (named after the ruling Byzantine emperor at the time) is said to have killed up to 100,000 people a day on average. Recently these figures have been called into question, but researchers have said the Bubonic Plague (Yersinia pestis) spread and continued to pop up from time to time in Europe, Asia, and Africa for years after its arrival in 541 AD, killing millions of people.

Byzantine Greek scholar Procopius wrote of the plague’s beginnings, “It began with the Egyptians who live in Pelusium. It divided and part went to Alexandria and the rest of Egypt, and part to the people of Palestine, the neighbors of the Egyptians, and from there, overran the whole earth.”

The bubonic plague can be transferred from rats to humans through flea bites. Pus filled buboes then grow on parts of the body -- generally in the armpit and groin area -- and a fever develops. Though the Black Death was caused by the same disease, researchers have determined that a different strain caused the Justinian Plague.

Thought to have originated in the Congo when the virus was transmitted from chimpanzee to human in 1920, HIV -- the virus that causes Acquired Immunodeficiency Syndrome (AIDS) -- didn’t begin to spread in America until the early ’80s, though some research indicates it may have arrived in New York City from Haiti as early as 1970. In 1981, gay men began being hospitalized for rare cancers and lung infections. Doctors didn’t know how these rare diseases were cropping up, though they believed some condition must have been causing them. In 1982, heroin users began getting these diseases as well, and that year they named the condition AIDS.  HIV was isolated in a lab and identified in a French lab in 1983.

The World Health Organization characterizes HIV/AIDS as a global epidemic, whereas the CDC describes it as a pandemic.

According to UNAIDS, an estimated 36 million people are estimated to have died from AIDS-related causes, the peak occurring in 2005 with 2.3 million deaths. The worst area hit was Sub-Saharan Africa, where in 2005, an estimated 2.7 million people became infected with HIV and 2 million adults and children died of AIDS.

In the years since, while antivirals and preventative medication PrEP have helped to prevent transmission of the disease, the number in the United States has leveled off since 2013 with around 39,000 new HIV infections annually.

The 1918 Spanish Flu pandemic was the worst in recent history, with one-third of the earth’s population becoming infected with the H1N1 virus, eventually killing 50 million people. Researchers still can’t pinpoint what made the virus so deadly, but like the current coronavirus pandemic, there was no vaccine at the time. People were instructed to quarantine, maintain social distance, wash hands and sterilize, which was basically all they could do. Some U.S. cities, such as San Francisco, also passed ordinances forcing people to wear masks.

The disease is believed to have first appeared in 1916 in a British army hospital, located in Étaples, France, and like the H5N1 Virus, may have been caused by birds. This severe pneumonia-like influenza festered and spread in the cold, wet trenches of World War I, and from there, it circled the globe.

Some figures of the Black Death’s toll range from 50 million, others 200 million or higher, which arguably would make it the most deadly pandemic in world history.

STARVING 'CANNIBAL' RATS ARE ON THE MARCH DURING THE CORONAVIRUS PANDEMIC

Many scholars believe that, like COVID-19, the Black Death originated in Asia. It was spread by the movement of Batu Khan’s Golden Horde. During the horde’s siege of Caffa (A major seaport on the Black Sea), the Mongols -- who were losing numbers rapidly to the disease -- catapulted buboe-riddled bodies over the city walls. It spread to the fleeing populace, whose merchants then took it over the Black Sea.

The nightmare began for Europe one October day in 1347 as 12 ships from the Black Sea arrived in Sicily. Porters greeting the ships found a grisly sight: a few ill sailors, their bodies ravaged with black, oozing buboes, standing on deck among their dead crewmates. Despite soon banishing the ships from the port, the damage already was done.

From Sicily, the disease spread like wildfire, ravaging the European population until 1353. Symptoms included high fever, chills, vomiting and diarrhea. It also caused the aforementioned pus-filled buboes as well as parts of the body (nose, fingers, toes, etc.) to become black with gangrene. While it has long been maintained that the Black Death was spread through fleas from rats, many now believe it was spread through human fleas and body lice. Dr. Samuel K. Cohn, a medieval history professor at the University of Glasgow and author of "The Black Death Transformed" (2002), was one of the original proponents of the theory that it was spread via human-to-human transmission.

“It spread very quickly,” Cohn told Fox News. “It was not spread by the inefficient mechanism of fleas on rats, although the textbooks demand that that must be the case, especially now with ancient DNA which shows with a strain of Yersinia pestis - however as we know from diseases like SARS and syphilis, different pathogens can be very closely related and produce completely different diseases.”

In his book, Cohn noted that people developed a resistance to the Black Death, which was a medical impossibility with the “classic” Bubonic Plague. Also, the Black Death thrived in temperatures and seasons when rat fleas were at their lowest ebb. What exactly the Black Death was remained unknown, though one thing was sure- it spread fast and would spread even faster today than COVID-19 thanks to modern modes of transportation.

“I would say the Black Death was even faster spreading [than coronavirus] in some ways given its track-record in circumnavigating Europe,” Cohn explained. “The Black Death could only move as fast as people and horses could move, so it couldn’t spread faster than an airplane can carry people. But, the whole dissemination seems to have been from 1348-49, a more quickly spreading disease within a certain area over time, and the disease knocked out anywhere from a half to 3/4 of the population of Florence in the space of three or four months.”