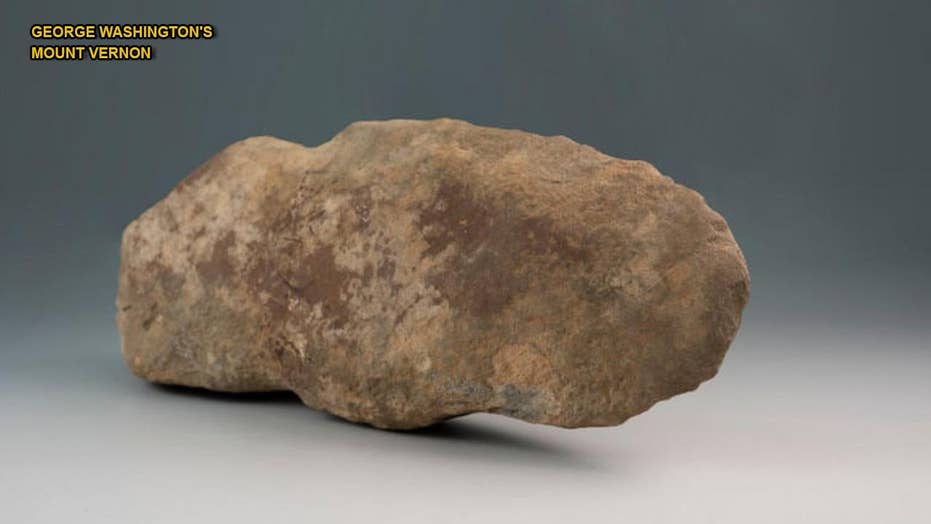 High school students on an archaeology field trip helped discover a 6,000-year-old stone ax head at George Washington's Mount Vernon estate. The ax, according to experts, would have been an important part of the Native American toolkit in the fourth millennia, B.C.

Roughly 7 inches long and 3 inches wide, the ax would have been an important part of the Native American tool kit in the fourth millennia B.C, according to experts. Famous as the home of one of America’s founding fathers, the Virginia estate also offers a fascinating glimpse into the nation’s earlier history.

“The ax provides a window onto the lives of individuals who lived here nearly 6,000 years ago,” said Sean Devlin, Mount Vernon’s curator of archaeological collections, in a statement. “Artifacts, such as this, are a vital resource for helping us learn about the diverse communities who shaped this landscape throughout its long history.”

The ax head was found by Dominic Anderson and Jared Phillips, seniors at Archbishop Hoban High School in Akron, Ohio. The teens were helping map out the dimensions of what's believed to be a cemetery for slaves and their descendants.

The discovery was made on Oct. 12., alongside the ridgeline where Mount Vernon’s African American cemetery is located. According to historians, the area was used by communities of Virginia Indians up to 8,000 years ago. “While the site appears to have been continually occupied over this period, it was not necessarily a ‘village’ site,” said the estate, in its statement. “Rather, the location was probably one of many temporary stopping over points for a community as they traveled along the river or exploited the resources of the area.”

Some 50,000 artifacts have been cataloged from the Mount Vernon site.

In a separate project, new research has revealed the secrets of an ancient Native American village in Louisiana. The study of ancient mound builders who lived in the Mississippi River Delta near present-day New Orleans offers fresh insight into how the settlements emerged and why they were abandoned.

Experts studied a site known as Grand Caillou, one of the hundreds of ancient mounds in coastal Louisiana that were built near waterways. Radiocarbon dating, carbon-isotope analysis and sediment analysis were used to date the site, along with ceramics found at Grand Caillou.

In recent years, experts have been unearthing new details of centuries-old sites in the U.S. In another project, for example, archaeologists discovered incredible evidence of a huge Wichita Indian town in Kansas that was once home to 20,000 people.

In another recent project, archaeologists discovered an “unprecedented” 7,000-year-old Native American burial site beneath the Gulf of Mexico off the coast of Florida.