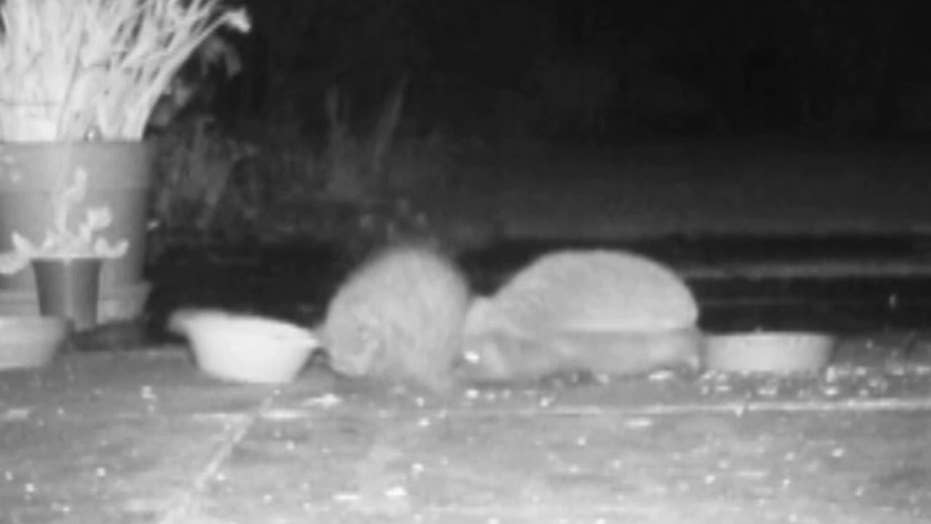 Hedgehogs fight after waking up from hibernation in England

Two hedgehogs engage in a post-hibernation brawl leaving one curled up in a bowl.

Hedgehogs are definitely not morning creatures -- and a video that's circulating the internet proves it. A pair of hedgehogs named LJ and Ulysses got into a nasty altercation after waking up from their 5-month nap last week.

"Hedgehog wars! Wild hedgehogs are not normally territorial but some boys are bullies. The perpetrator is LJ who is blind in one eye," she captioned the 12-second video.

The furry mammals were on the hunt for "food and females" when LJ suddenly tackled Ulysses, knocking him into a bowl.

“I have night cameras scattered all across the garden," Farley told SWNS. “I love watching what they get up to when everyone else is asleep they have such big personalities."

The 32-year-old hedgehog lover wasn't entirely surprised by the "attack," though she had to admit it was an "embarassing situation" for Ulysses. The small hedgehog was balled up into a bowl after the seconds-long fight with his pal.

"You find at this time of year when they have just woke up from hibernation that the boys become more competitive battling it out for who is the alpha male," she said, adding that Ulysses eventually managed to escape the bowl.

Farley has been studying the creatures' behavior even before she opened her rehabilitation and rescue center back in 2012. She's helped more than 450 hedgehogs since she's been in business.

"Hedgehogs numbers in the UK are declining rapidly and there are now thought to be less than a million left in the wild," Farley explains on the center's website. "I nurse sick and injured wild hedgehogs back to health and release them back to the wild."

The video elicited several reactions from people who typically viewed the animals as gentle and lazy.

"That’s determination. He put him exactly where he wanted him - planted like a cactus in a pot," another joked.

Farley defended LJ, however, declaring that he's not actually a bully -- it was just instinct.