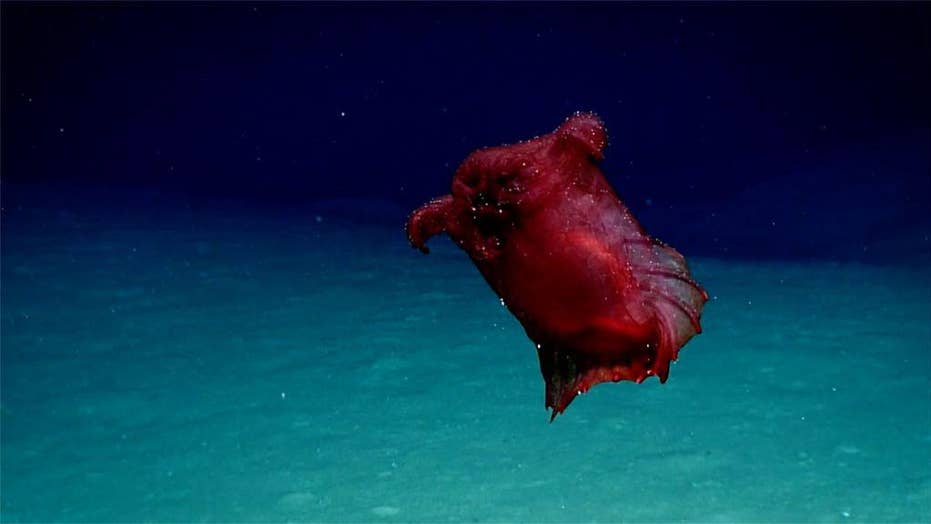 A 'headless chicken monster,' or sea cucumber, has been filmed in the Southern Ocean for the first time.

A deep-sea cucumber known as a “headless chicken monster” has been filmed in the Southern Ocean for the first time, using camera technology developed by Australian researchers.

The creature was filmed off east Antarctica and it’s the first time the species has been seen in the area.

“Some of the footage we are getting back from the cameras is breathtaking, including species we have never seen in this part of the world,” Australian Antarctic Division Program leader Dr. Dirk Welsford said.

The creature, Enypniastes eximia, had only been seen in the Gulf of Mexico previously. It was captured in the Southern Ocean by cameras developed by the Australian Antarctic Division.

“The housing that protects the camera and electronics is designed to attach to toothfish longlines in the Southern Ocean, so it needs to be extremely durable,” Dr. Welsford said.

“We needed something that could be thrown from the side of a boat and would continue operating reliably under extreme pressure in the pitch black for long periods of time.”

The data collected from the cameras are being presented at the annual Commission for the Conservation of Antarctic Marine Living Resources meeting starting in Hobart on Monday.

Australia’s commissioner for the meeting will push for a new East Antarctic Marine Protected Area.

“The Southern Ocean is home to an incredible abundance and variety of marine life, including commercially sought-after species, the harvesting of which must be carefully managed for future generations,” commissioner Gillian Slocum said.

The 10-day meeting will also include proposals on how to respond to climate change.

It’s not the only surprise discovery Aussie scientists have had while exploring the deep blue sea.

The strange creature had been caught about 140 years earlier, in the 1870s.