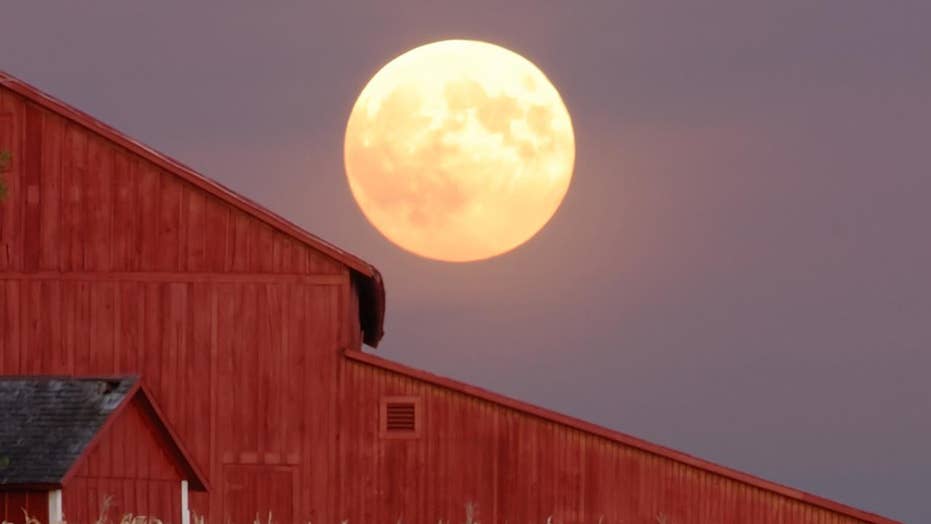 Harvest Moon: Why is it important?

October's full Harvest Moon will shine all night tonight (Oct. 5) while passing by — or fully covering — Neptune in some parts of the world. In the predawn hours, you'll get another celestial show with Mars and Venus close together in the eastern sky.

The moon reaches its full phase at 2:40 p.m. EDT (1840 GMT), but casual observers will see little difference later tonight. In North America, the Harvest Moon refers to the first full moon after the autumnal equinox, which took place on Sept. 22. The name of the moon, however, may vary, depending on which culture's literature you consult.

Harvest moons are rare in October, and they are set to occur only 18 times between 1970 and 2050; usually the full moon occurs much closer to the autumnal equinox, which would make the Harvest Moon fall in late September. [The Moon: 10 Surprising Facts]

Full moons occur when the moon is on the opposite side of Earth to the sun. If the three bodies line up exactly, an eclipse can occur that turns the moon dark red or brown. Normally, however, the full moon is fully illuminated by sunlight, providing an excellent view of some of the features on its surface.

Observers on the East Coast of North America won't see the show at all, but on the West Coast, the moon passes by Neptune just before 4 a.m. PDT, slightly before moonset. You will need a strong pair of binoculars or a small telescope to see the planet, which is extremely faint at magnitude 7.8.

Even if you can't see Neptune, there are more planets to check out in the predawn hours. Look at the predawn sky, to the east, to see red Mars and white-yellow Venus shining near the constellations Leo and Virgo, close to the horizon.

While the brightness of the full moon blots out fainter stars and objects in the sky, it offers a good opportunity to do some observations on its surface.

Some things you can look for include light regions (rock layers that floated to the moon's surface when the moon had magma oceans), dark regions or maria (which were formed when lava cooled at the bottom of craters) and the bright crater Tycho at the bottom-left corner of the moon. With a telescope or binoculars, you can also explore some of the features on the moon that were mapped in high resolution by NASA's Lunar Reconnaissance Orbiter.

While the entire near side of the moon is visible during a full moon, some observers prefer looking at features when only a part of it is illuminated. This is because the light reflecting off the surface can obscure some of the features. Instead, experienced observers often prefer nights when part of the moon is in shadow. Along the terminator (the day-night line), shadows on ridges and craters make features pop out.

Editor's Note: If you snap an amazing picture of the 2017 Harvest Moon and want to share it with Space.com and our news partners for a story or gallery, send photos, comments and observing location details to: spacephotos@space.com.