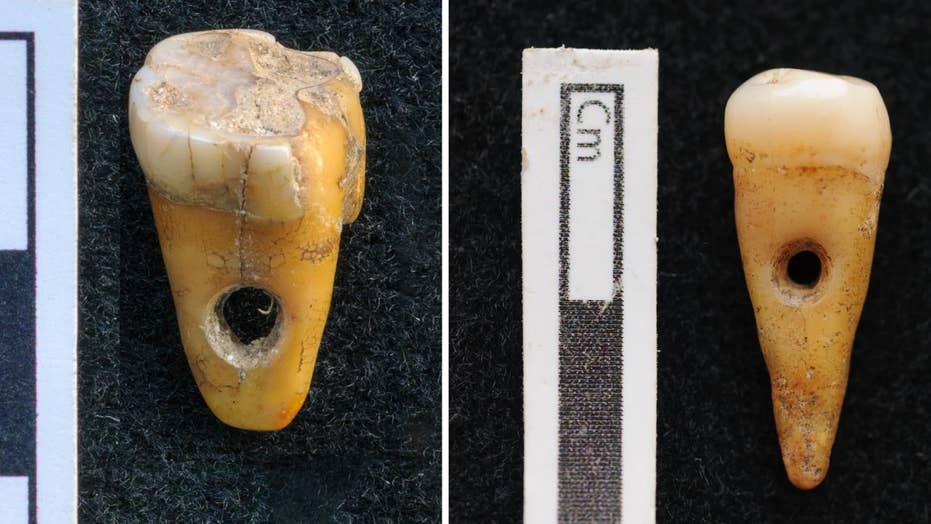 Archaeologists have shed new light on two 8,500-year-old human teeth that once formed part of a necklace or a bracelet.

Three teeth were found at the Neolithic site of Çatalhöyük in Turkey between 2013 and 2015 and bore what appeared to be drill holes. Researchers have conducted macroscopic, microscopic and radiographic analyses of teeth to confirm that two of the teeth were indeed once used as beads or pendants.

A paper on the research has been published in the Journal of Archaeological Science: Reports.

"Not only had the two teeth been drilled with a conically shaped microdrill similar to those used for creating the vast amounts of beads from animal bone and stone that we have found at the site, but they also showed signs of wear corresponding to extensive use as ornaments in a necklace or bracelet," said Scott Haddow, University of Copenhagen archaeologist and the article’s lead author, in a statement.

“The evidence suggests that the two teeth pendants were probably extracted from two mature individuals post-mortem. The wear on the teeth’s chewing surfaces indicates that the individuals would have been between 30-50 years old,” he added.

This is the first time that researchers have found evidence of this practice in the prehistoric Near East.

“Because of the rarity of the find, we find it very unlikely that these modified human teeth were used solely for aesthetic purposes but rather carried profound symbolic meaning for the people who wore them,” Haddow said.

Archaeologists in Mexico discovered an interlocked spiral of ancient skeletons. In 2017, archaeologists in Turkey revealed that human skulls may have once decorated an ancient temple.

A carved human bone from an archaeological dig in the U.K. is also offering new insight into the grisly culture of prehistoric cannibals.