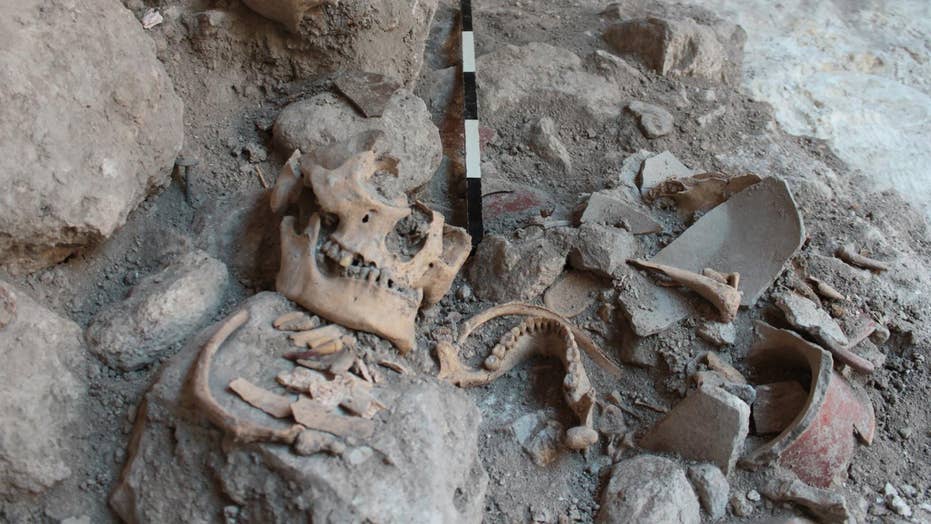 The bones of about 20 people discovered in an ancient Mexican well in 2013 are revealing their gruesome secrets.

The remains, which were found by archaeologists from Germany’s University of Bonn at the former Maya city of Uxul, belong to people who were killed and dismembered about 1,400 years ago, according to experts.

Scientists from the University of Bonn and the National Autonomous University of Mexico (UNAM) have analyzed the bones. Nicolaus Seefeld, Ph.D., who leads the project for the University of Bonn, took small samples of tooth enamel from 13 of the individuals at Uxul during the summer. "Unfortunately, it was not possible to examine the strontium isotope ratio of the remaining individuals, because the teeth were too decayed and the result would have been distorted," he said in a statement.

Researchers at UNAM performed isotope analysis on the enamel to reveal that the victims grew up in an area 95 miles from Uxul, in what is now Guatemala. "However, at least one adult and also one infant were local residents from Uxul," Seefeld added in the statement.

Most of the remains belonged to people of high social status, according to the research, which notes that eight individuals had “elaborate jade tooth jewelry” or engravings in their incisors.

The bodies were dismembered and placed at the bottom of a well. (Nicolaus Seefeld)

The mass grave contained the remains of at least 14 men and one woman, as well the remains of a number of adolescents and an 18-month-old. “Nearly all the bones showed marks of cuts and injuries by stone blades. Their regular distribution clearly shows that the individuals had been systematically and deliberately dismembered,” said the University of Bonn in the statement. “The victims were killed and decapitated outside the water reservoir, then dismembered and the body parts placed at the bottom of the reservoir.”

Once placed in the well, the remains were covered with large stones.

Citing the isotope analysis, experts believe that most of the victims were prisoners of war from a city in the southern Maya lowlands that was defeated by the city of Uxul. They were then brought to Uxul, where they were killed and dismembered.

Cut marks (red) and fracture marks (blue) indicate that the scalp was removed before the skull cap was severed with focused blows. The skull cap was then placed about 9.8 feet away. (Nicolaus Seefeld)

After the dismemberment, body parts that had previously been connected were placed as far apart from each other as possible. "This clearly demonstrates the desire to destroy the physical unity of the individuals," said Seefeld.

The Maya empire continues to reveal its secrets. In a separate project, earlier this year experts discovered a unique ancient tool that was used by Maya salt workers more than 1,000 years ago.

'FIRST OF ITS KIND' ANCIENT MAYA TOOL DISCOVERED IN LAGOON

In addition to this, last year an ancient mask depicting a 7th-century Maya king was discovered in southern Mexico.