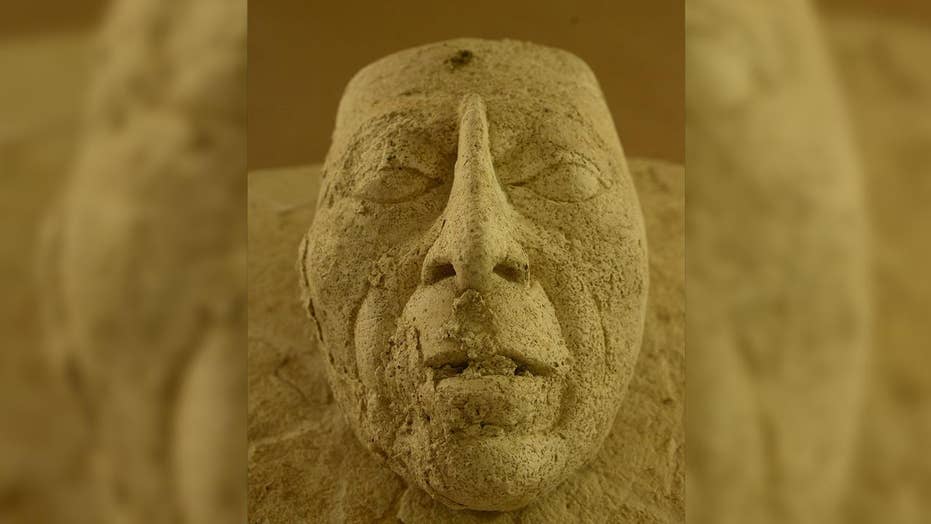 An ancient mask depicting a 7th-century Maya king has been discovered in southern Mexico.

The find was made in the famous ancient city of Palenque in the Mexican state of Chiapas. Archaeologists discovered the mask in an architectural complex at Palenque known as El Palacio.

The stucco mask that is believed to depict "Pakal the great" (Héctor Montaño, INAH) (Hector Montano)

While the specific origins of the stucco mask are unknown, experts noted its naturalistic size and style. The artifact, they added, was part of some architectural decoration.

Other ancient objects found at the site include a figurine that resembles a river shrimp and a glass with lily and fish motifs.

A UNESCO world heritage site, Palenque’s ruins continue to offer fresh glimpses of the lost Maya civilization. “Palenque was at its height between AD 500 and 700,” explains UNESCO, on its website. “The elegance and craftsmanship of the buildings, as well as the lightness of the sculpted reliefs with their Mayan mythological themes, attest to the creative genius of this civilization.”

In 2016 archaeologists at Palenque discovered an underground water tunnel built under the Temple of Inscriptions, which houses the tomb of Pakal.