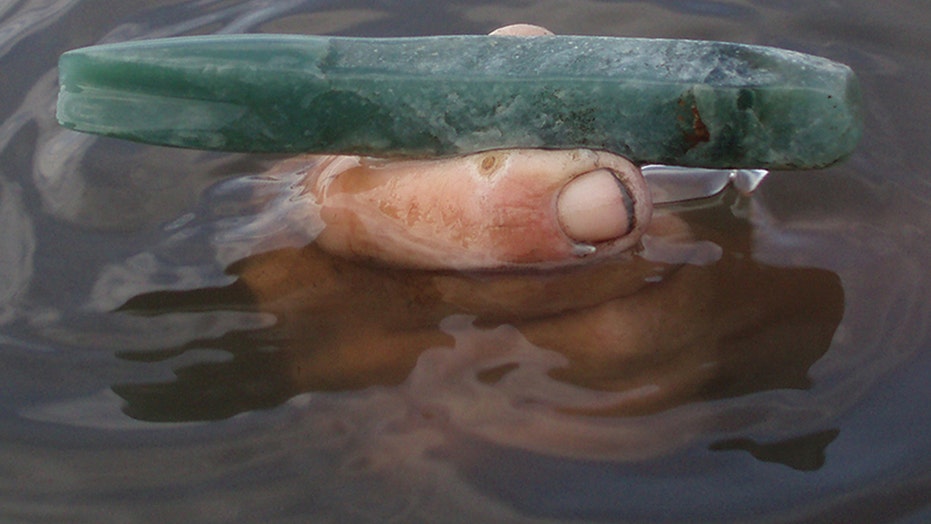 Experts have discovered a unique ancient tool that was used by Maya salt workers more than 1,000 years ago.

Fashioned from the mineral jadeite, the chisel-style implement was found at the site of Ek Way Nal, a Maya salt works in southern Belize that is now submerged in a saltwater lagoon. The tool’s Honduras rosewood handle was also discovered, offering a glimpse into the ancient Maya culture.

The jadeite tool McKillop is the first of its kind recovered with its wooden handle intact. (Photo Credit: Heather McKillop, LSU.)

Surrounded by a forest, the lagoon’s soggy mangrove soil preserved the wooden handle. “This jadeite tool is the first of its kind that has been recovered with its wooden handle intact,” said anthropologist Heather McKillop of Louisiana State University, who led the research project, in a statement.

A paper on the research was published in the journal Antiquity.

The tool was analyzed at the American Museum of Natural History in New York. A paper on the discovery was recently published in the journal Antiquity.

The tool is the latest in a series of fascinating Maya discoveries across central America.

The jadeite tool was discovered in a Belize lagoon. (Heather McKillop, LSU.)