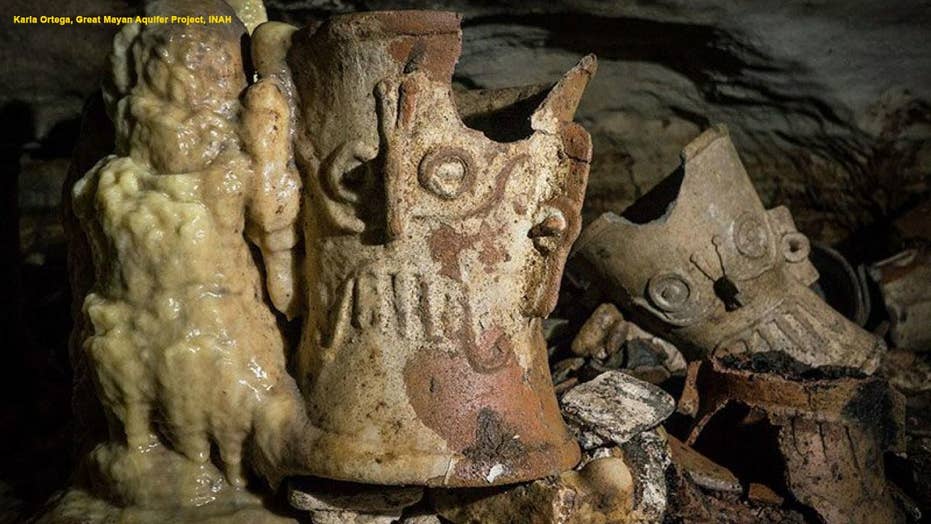 Archaeologists in Mexico find a Maya ‘ritual cave’ that may have been sealed for 1,000 years. Inside, they discovered countless archaeological artifacts that could shed light on the ancient civilization.

Archaeologists in Mexico have discovered a sealed Maya "ritual cave" containing a trove of relics that offer new clues about the ancient civilization.

The cave system, which researchers believe had been sealed for 1,000 years, is known as Balamku or "Jaguar God," and contains at least 150 stunning objects. The findings were announced at a Monday press conference in Mexico City.

According to researchers, the cave's difficult access and structure increase its sacred qualities, suggesting that it was used for rituals.

There are countless ceramic remains that can be seen, including at least 200 censers, or incense burners, many bearing a representation of the god of water, Tlaloc, researchers say, along with vases and plates. There may even be human bone remains tucked away in the cave, according to researchers.

"Balamku will help rewrite the history of Chichen Itza, in Yucatan. The hundreds of archaeological artifacts, belonging to seven offerings documented so far, are in an extraordinary state of preservation," said Guillermo de Anda, a researcher at Mexico's Institute of Anthropology and History, in a statement. "Because the context remained sealed for centuries, it contains invaluable information related to the formation and fall of the ancient City of Water Wizards, and about who were the founders of this iconic site."

Archaeologists reportedly have to crawl on their stomachs through many narrow passages in order to reach the hidden ritual chambers.

The Balamku cave is a long-term research project, and it must be done very carefully so that none of the existing remains are damaged.