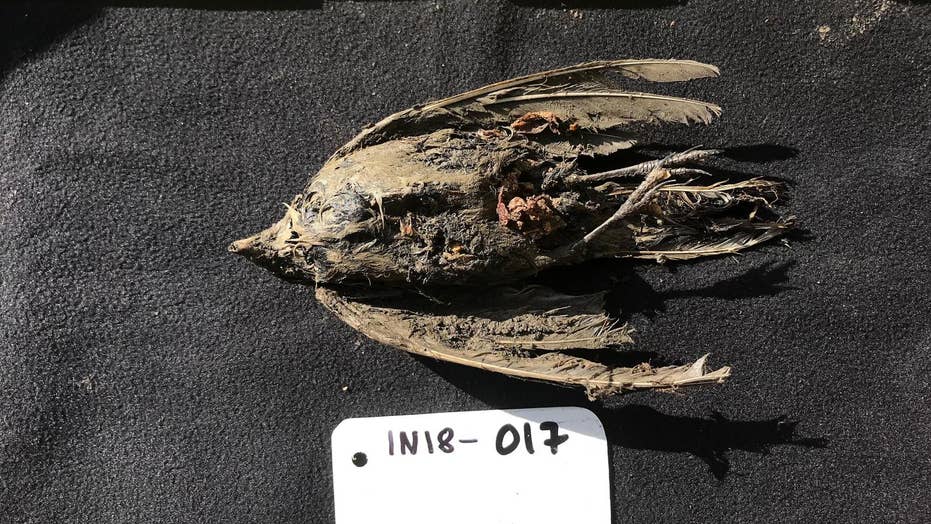 A frozen bird found in the Siberian permafrost is a 46,000-year-old lark, scientists have revealed.

The bird was found in the ground in the Belaya Gora area of north-eastern Siberia in 2018. Scientists from Stockholm University’s Centre for Palaeogenetics and the Swedish Museum of Natural History have studied the bird, revealing that it died 46,000 years ago.

Experts say that the female horned lark offers clues to other sub-species that exist today.

"Not only can we identify the bird as a horned lark. The genetic analysis also suggests that the bird belonged to a population that was a joint ancestor of two sub species of horned lark living today, one in Siberia, and one in the steppe in Mongolia,” said Nicolas Dussex, a researcher at the Department of Zoology at Stockholm University, in a statement. “This helps us understand how the diversity of sub species evolves.”

The discovery also sheds light on how the mammoth steppe that stretched across northern Europe and Asia in the last Ice Age transformed into today's tundra, forest and steppe. Researchers note the theory that, at the end of the last Ice Age, the mammoth steppe, which was once home to the wooly mammoth and the wooly rhinoceros, became tundra in the north, taiga, or forest in the middle and steppe in the south.

"Our results support this theory since the diversification of the horned lark into these sub species seems to have happened about at the same time as the mammoth steppe disappeared," said Love Dalén, a professor at the Swedish Museum of Natural History and research leader at the Centre for Palaeogenetics, in the statement.

A paper on the research study is published in the journal Communications Biology.

Experts at the Centre for Palaeogenetics have access to plenty of samples from the same place in Siberia. These include an 18,000-year-old puppy called "Dogor," which may be a wolf or a dog, a 50,000-year-old cave lion cub dubbed “Spartak” and a partially preserved woolly mammoth.

Mammoth discoveries, in particular, have been grabbing plenty of attention in recent years. In 2019, a 12-year-old boy discovered a woolly mammoth’s molar on the grounds of a resort in northeastern Ohio.