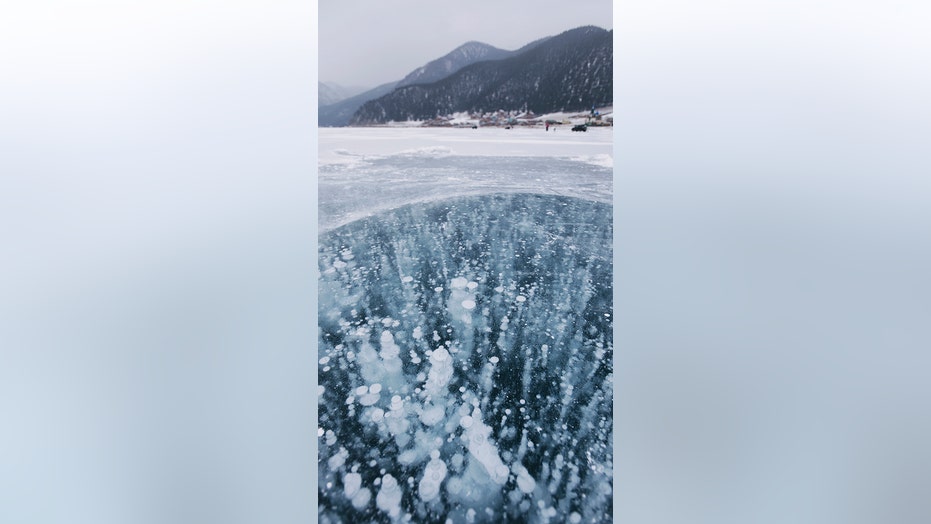 Scientists in Russia have discovered a strange “boiling” sea in the waters of the Eastern Arctic.

“An unusually powerful methane emission” has been spotted in the East Siberian Sea, according to a translated statement released by Russia’s Tomsk Polytechnic University.

Experts on the research vessel Akademik M. Keldysh saw the unusual bubbling in the sea.

“On the right side of the Keldysh, they saw a spot of emerald color against the background of dark water," said Tomsk Polytechnic Spokesman Sergey Nikiforov, who is onboard the ship, in the statement. "Approaching it, scientists were able to observe how gas rises from the black depths of the sea to the surface with thousands of bubble filaments."

The bubbling “gas fountain” covered an area of four to five square meters (43 to 54 square feet) and scientists were able to scoop up the water “boiling” with methane bubbles using buckets.

Tomsk Polytechnic University Professor and Expedition leader Igor Semiletov said that it is the most powerful methane emission of its type that he has seen. The fountain has a methane concentration in air that is nine times higher than the planetary average, he said in the statement.

“No one has ever registered this before!” Semiletov added.

‘DISASTER WORSE THAN CHERNOBYL’ LOOMS AS ANCIENT ANTHRAX SPORES COULD BE BLASTED INTO THE SKY BY ‘FROZEN METHANE BOMBS’, SCIENTISTS WARN

Organizations involved in the research project include the Russian Academy of Sciences, Moscow State University, Sweden’s Stockholm University and the First Institute of Oceanography at the State Maritime Administration of China.

Researchers have been paying close attention to Siberian greenhouse gas emissions. Gas locked inside Siberia's frozen soil and under its lakes has been seeping out since the end of the last ice age 10,000 years ago.

The Associated Press reported in 2010 that, in the past few decades, as the Earth has warmed, the icy ground has begun thawing more rapidly, accelerating the release of methane — a greenhouse gas 23 times more powerful than carbon dioxide — at a perilous rate.