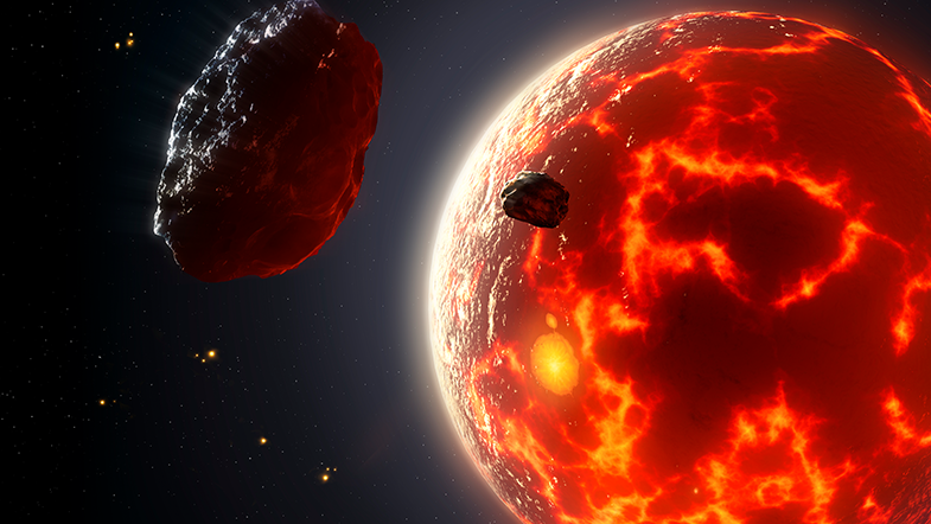 More than 4,000 exoplanets have been identified, but a new study suggests that the probability of finding "young Earth-like planets" is higher than previously believed.

The research looks at data that shows stars that are similar to our sun are more abundant than previously believed, which would lead to the presence of exoplanets known as "magma ocean planets."

“These magma ocean planets are easier to detect near stars like the Sun, which are twice as heavy as the average mass star," said University of Sheffield professor Dr. Richard Parker, one of the study's co-authors, in a statement. "These planets emit so much heat that we will be able to observe the glow from them using the next generation of infra-red telescopes."

SCIENTISTS DISCOVER DISTANT 'MIRROR IMAGE' OF THE EARTH AND THE SUN

These "young Earths" are giving off more energy of their own, in the form of heat, which makes them comparably easier to spot, Parker added.

“The locations where we would find these planets are so-called ‘young moving groups’ which are groups of young stars that are less than 100 million years old—which is young for a star. However, they typically only contain a few tens of stars each and previously it was difficult to determine whether we had found all of the stars in each group because they blend into the background of the Milky Way galaxy.”

The study was published in The Astrophysical Journal.