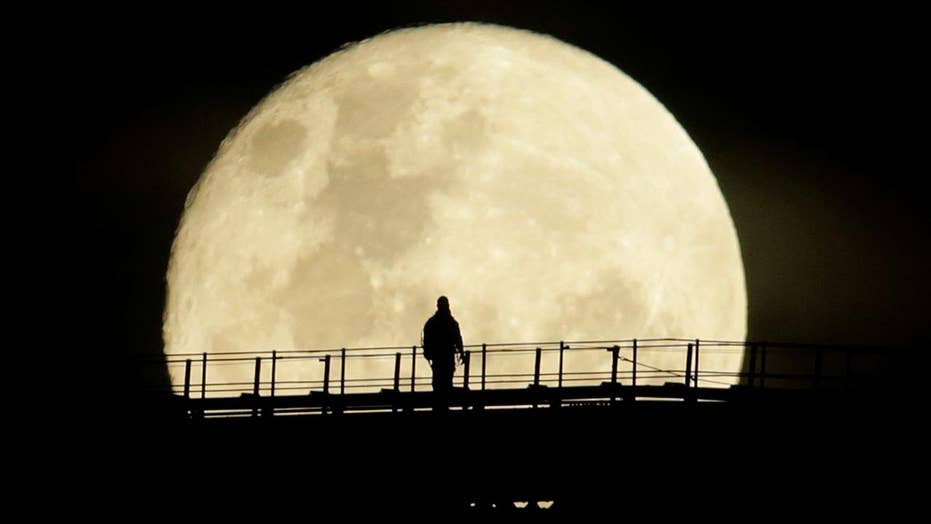 Supermoons happen once every 14 months and are 30% brighter than regular full moons. But what is the reason behind the celestial lunar event?

February will be a good month for skywatchers with bright planets and what some astronomers describe as a supermoon shimmering in the sky.

On Feb. 1, the moon will be “half-full,” according to NASA. “On Saturday evening, the moon will appear half-full as it reaches its first quarter at 8:42 p.m. EST,” it wrote on its website. The February full moon, which is also described by some experts as a supermoon, will reach its peak on Feb. 9.

Supermoons happen when the moon’s elliptical orbit brings it to the closest point to Earth while the moon is full. The phrase was coined in 1979, according to NASA.

“When a full moon appears at perigee [its closest point to Earth] it is slightly brighter and larger than a regular full moon—and that's where we get a ‘supermoon’,” explains the space agency on its website.

Dubbed the “Snow Moon,” the February full moon played an important role in Native American culture. “As the midwinter moon or the second full moon of winter, the Native American tribes of what is now the northern and eastern United States called this the Snow Moon or the Hunger Moon,” explains NASA. “It was known as the Snow Moon because of the heavy snows that fall in this season.”

'FULL WORM SUPERMOON' LIGHTS UP THE SKY IN STUNNING PICTURES

“In February 2020, you might be able to see all five bright planets, two after sunset and three before sunrise,” explains EarthSky, on its website. “Spot the two evening planets – Venus and Mercury – in the west not long after the sun goes down. Then see the three morning planets – Mars, Jupiter and Saturn – in the east before daybreak.”

“For the Washington, D.C., area (and similar latitudes at least), Thursday morning, February 4, 2020, will be the first morning when the planet Saturn will appear just above the horizon in the east-southeast at the time morning twilight begins,” explains NASA, on its website.