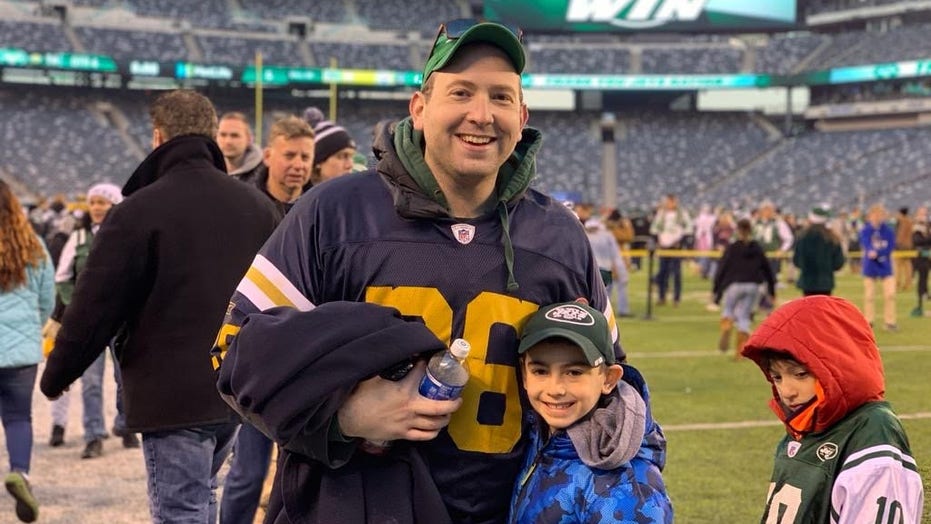 The family of Michael Goldsmith, a 34-year-old father of two who is on life support after being diagnosed with COVID-19, has made a desperate plea to get him the experimental drug treatment remdesivir.

The antiviral, which is awaiting regulatory approval as a coronavirus treatment, is being used in a number of clinical trials across the globe.

Goldsmith’s wife Elana told Fox News that her husband started showing coronavirus symptoms on March 11 and was diagnosed as positive on March 15. Initially sent home for self-quarantine, his condition worsened and within days, he had 104.9-degree fever. He was admitted to the hospital on March 18.

Numerous therapies, including antimalarials with antibiotics, have failed and remdesivir has been described as Goldsmith’s only hope of recovery.

Doctors at Hackensack University Medical Center in New Jersey intubated and ventilated the IT consultant on March 20 and attempted to obtain remdesivir from drugmaker Gilead Sciences’ “compassionate use” program.

“His doctors started the paperwork right away and sent it to Gilead for ‘compassionate use,’” Elana told Fox News.

That weekend, however, Gilead announced changes to its treatment program. The company implemented an “expanded access” program in an effort to enable hospitals and physicians to apply for emergency use of remdesivir for multiple severely ill patients at a time. The “compassionate use” program is now designated for children and pregnant women.

Unable to use the “compassionate use” program, doctors then attempted to get Goldsmith remdesivir as part of a clinical trial at the hospital.

Michael Goldsmith pictured with his wife Elana and their two children. Goldsmith's family have made a desperate plea to get him the experimental drug treatment remdesivir. (Elana Goldsmith)

When doctors received the paperwork on March 26, however, it became clear that Goldsmith was no longer eligible for the trial. A consent form from Gilead said that he could only receive remdesivir if intubated for up to four days, Elana told Fox News.

By that time, he had already been intubated for six days.

“It was very upsetting,” she added. “Thursday morning, we had been told that he had been approved and then, Thursday night, he was denied."

Goldsmith’s family and the medical community have launched a campaign to cut through the red tape and get hold of remdesivir. A "Physician’s Petition" calls on President Trump to invoke the Defense Production Act with regard to Gilead Sciences. The Defense Production Act allows the president to direct private companies to produce goods or acquire raw materials.

A petition has been launched in an attempt to obtain experimental drug remdesivir for Michael Goldsmith.  (Elana Goldsmith)

The petition, which has over 1,100 signatories, has reached some members of the White House staff, according to the Goldsmith family.

“We’re still hopeful that something will happen where Gilead writes a variance for him and gives him this medicine,” Elana told Fox News. “There’s a lot of people that have fallen through the cracks, like Michael."

Gilead declined to comment on Goldsmith's situation when contacted by Fox News. "We cannot comment on individual patient cases; however, our thoughts are with all patients who are fighting COVID-19, as well as their families and loved ones," a Gilead spokeswoman told Fox News, via email.  "Remdesivir is an investigational antiviral with limited data at this time – it has not been demonstrated to be safe or effective for any use. Clinical trials to determine the safety and efficacy remain the primary way for patients with COVID-19 to access remdesivir, to generate critical data that inform the appropriate use of this investigational medicine."

The spokeswoman added that initial U.S. sites in the new expanded access program opened on March 27 and more sites are being added on an ongoing basis.

Despite the challenges that her family is facing, Elana Goldsmith is full of praise for the medical staff caring for her husband.

“Michael’s doctors at Hackensack have been absolutely amazing,” she said.

Earlier this week, her 9-year-old son lost a tooth and was upset that he couldn’t tell his dad. One of Goldsmith’s doctors, however, ensured that the news reached him.

“She had me record a message and she played it for Michael,” Elana told Fox News.

Fox News has reached out to the White House with a request for comment on this story.

According to the Clinicaltrials.gov website, patients are excluded from the remdesivir expanded access program if there is evidence of multiorgan failure, renal failure or if “pressor” drugs are needed to maintain blood pressure.

As of Thursday morning, at least 956,588 coronavirus cases have been diagnosed worldwide, at least 216,722 of which are in the U.S. The disease has accounted for at least 48,583 deaths around the world, including at least 5,137 people in the U.S.