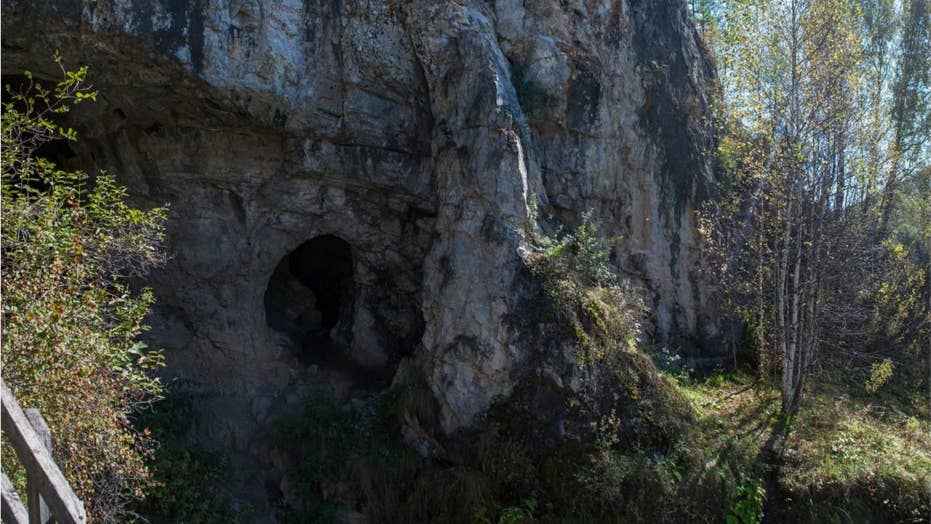 Bones recently found in a Siberian cave have given researchers a new glimpse into the timeline of an extinct human species known as the Denisovans.

Bones recently found in a Siberian cave have given researchers a new glimpse into the timeline of an extinct human species. The species – known as Denisovans – at one time lived alongside Neanderthals in the same cave, the evidence showed.

The only fossil evidence of the Denisovans was uncovered in Denisova Cave in the Russian Altai Mountains back in 1980, and amount to three teeth and bone fragments.

“Denisovans are a sister group to Neanderthals – that is, they are closer in terms of shared ancestry to Neanderthals than they are to modern humans,” study leader and geochronologist Dr. Richard Roberts of Australia’s University of Wollongong told Fox News. “We know almost nothing about the physical appearance of the Denisovans, as we only have a few teeth (which are quite chunky) and even fewer scraps of bone.”

2.1-BILLION-YEAR-OLD FOSSIL MAY BE EVIDENCE OF EARLIEST MOVING LIFE-FORM

A new study revealed that the Denisovans lived in the cave from at least 200,000 to less than 50,000 years ago. The team used optical dating– a process that measures the time since sediment was exposed to sunlight– to test the deposits where the teeth and bone fragments were found.

It was a popular cave with these extinct species – according to another recent study, it was also populated with Neanderthals at one point.

Last year, a bone fragment from a girl was found in the cave. Her father had been a Denisovan and her mother a Neanderthal, so evidence of interbreeding between the two groups exists.

“We know a lot about the genome of the Denisovans, as the DNA is remarkably well preserved in the cave (likely due to the cold and dry conditions inside the cave), and we know a lot about the Neanderthal genome too,” Roberts said. “And we know that the two groups certainly interbred at least once, giving rise a daughter of mixed ancestry about 100,000 years ago, when the climate was relatively warm.”

Roberts noted that modern humans have also interbred with Neanderthals and Denisovans at some point. Researchers know this because people alive today carry bits of Neanderthal and Denisovan DNA in their genomes– and strangely enough, they’re nowhere near Siberia.

“The [people with Denisovan DNA] are, rather perplexingly, found in far greatest abundance in Aboriginal Australians and New Guineans, who live 4,970 miles away from southern Siberia!” Roberts said. “It presumably entered the genome of their ancestors a result of interbreeding when modern humans left Africa and started spreading across South Asia and Southeast Asia, but the ‘where?’ and ‘when?’ questions remain unanswered.”

According to the new timeline, the Denisovans hung around long enough in southern Siberia to have come into contact with modern humans as the latter migrated through Asia.

“Certainly, modern humans were present in other parts of Asia by 50,000 years ago, but the nearest modern human fossils to Denisova Cave are located about 620 miles away at a site called Ust-Ishim on the Siberian plains,” Roberts said. “So we do not know if modern humans ever met Denisovans at Denisova Cave and picked up their DNA there, or if the Denisovan ancestry found in living Australian Aboriginal and New Guinean people was acquired in South or Southeast Asia.”

Other artifacts found in the cave include rings and pendants made from bone and mammoth ivory. The studies can be found in Nature.

Denisova Cave is also the only site so far discovered that contains their fossils or DNA (which has been extracted from the fossil teeth, bones and even the sediments in the cave), so we can only speculate about the former geographic distribution.