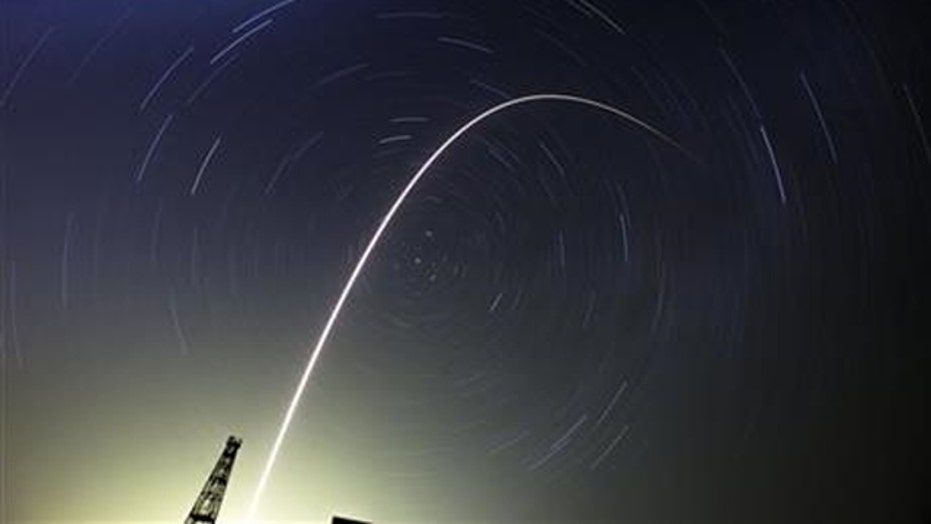 Behavior of Russian object sparks concerns it may be weapon

A mysterious Russian space object has prompted concern that Moscow may have launched a ‘satellite killer’ to challenge its rivals’ space hardware. Experts, however, say that the satellite’s mission is probably much more mundane.

Launched in May, the satellite, known as Object 2014-28E, has been closely monitored by western powers, including the U.S. military.

The Financial Times reports that the satellite is stoking fears that the Kremlin has revived a defunct program to destroy satellites.

Worries that the object may be a ‘satellite killer,’ however, are wide of the mark, according to Brian Weeden, technical advisor to the Secure World Foundation, a nonprofit organization promoting space sustainability.

“All of the wild speculation about this being some sort of a space weapons test is hugely overblown,” he told FoxNews.com, in an email. “It may make for a snappy headline, but there's absolutely zero evidence available right now to support it.”

Plenty of attention has been focused on the object’s maneuvers, which took it close to other Russian space hardware.

Weeden noted that the object, which was launched with three Russian Rodnik military communications satellites, maneuvered into an orbit close to the remnants of the rocket that took it to space. This, however, is hardly unusual.

“The same thing happened with the previous Rodnik launch back in December of 2013, which also included a fourth object that did a series of maneuvers after launch,” he told FoxNews.com.

The expert believes that the latest satellite’s moves were likely a test of its rendezvous and proximity operations (RPO) capabilities. RPO refers to a satellite’s ability to maneuver close to another space object and remain nearby for a period of time - it can be used for tasks such as removing space debris, as well as refueling and servicing satellites.

Furthermore, the satellite’s slow course was hardly in keeping with an offensive mission, according to Weeden.

“The maneuvers took weeks to execute, providing a long period of warning for whomever the target might be,” he told FoxNews.com.

Joan Johnson-Freese, professor of National Security Affairs at the Naval War College, believes that the satellite may fulfill two roles.

“Most space technology is dual use, meaning of value to both the civilian and military communities, and if military, difficult to determine if it is for offensive or defensive purposes,” she told FoxNews.com, in an email. “Dual use technology inherently generates angst and should be monitored, but it would be premature and over-reactive to assume anything about the technology.”

“I don't think we can infer nefarious intent [from the mystery space object],” she added.

The mysterious space object, however, entered orbit at a time of tense relations between the U.S. and Russia over Ukraine. Russia’s military air activity is also being closely monitored. Increased activity, for example, has been reported in the Baltic region and two Russian strategic bombers circled the U.S. island of Guam last week, possibly timed to coincide with the G-20 summit in Brisbane, Australia.