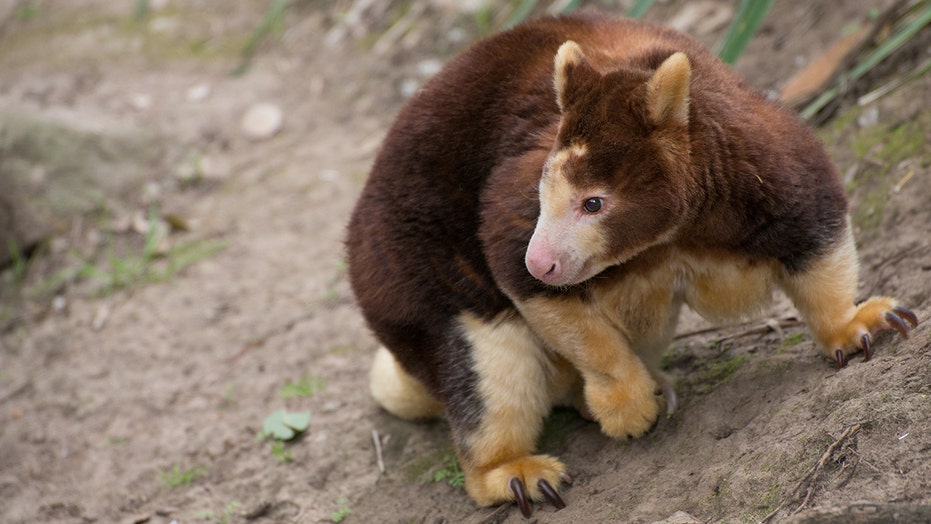 An endangered baby tree kangaroo has begun to peek out from its mom's pouch just in time for Mother’s Day in images shared by a Florida zoo.

BABY KANGAROO DIES AFTER ESCAPING TRUCK AT ARKANSAS MILITARY BASE

Tree kangaroos, like most marsupials, are born in an almost embryonic state after a short pregnancy of about 44 days, the zoo said. The jellybean-sized newborn crawls inside the mother’s pouch and latches onto a nipple to continue its development for several more months before revealing itself again.

The sex of the joey hasn’t been determined, the zoo said. It is set to join the international captive breeding program in an effort to conserve the endangered species.

Matchie’s tree kangaroos are most commonly found within the high elevation rain forests of the Huon Peninsula, located on the northeast coast of Papua New Guinea, according to National Geographic.

The species spends most of its time in trees, the zoo said. Its diet consists of mostly leaves, moss and bark. Though they are believed to be solitary animals, the mother and offspring form a strong bond.

The joey marks the ninth of its species born at the zoo, officials said.