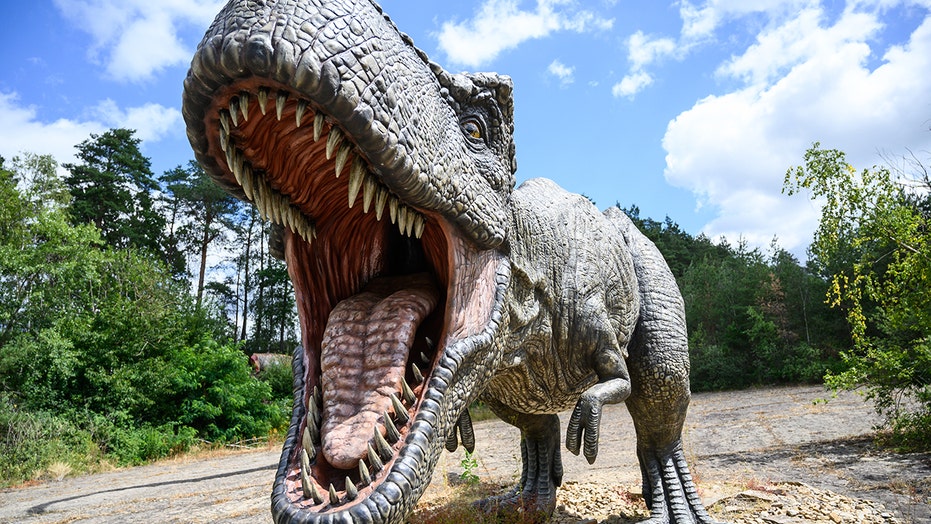 Dinosaurs ruled the Earth 65 million years ago, but they did so when a day was shorter than it is now, according to newly published research.

The study, published in Paleoceanography and Paleoclimatology, looked at an extinct rudist clam and found that it had a growth ring on its shell for every day of the nine years it was alive. The researchers used lasers to find data points and found that approximately 70 million years ago, a day was roughly 30 minutes shorter and a year approximately 7 days longer.

“We have about four to five datapoints per day, and this is something that you almost never get in geological history," said the study's lead author, Niels de Winter, an analytical geochemist at Vrije Universiteit Brussel, in a statement. "We can basically look at a day 70 million years ago. It’s pretty amazing.”

The extinct claim lived in a shallow seabed in the tropics in what is now the dry, mountains of modern-day Oman.

The shell also grew significantly faster during the nighttime than the day, which suggests it may have had a relationship with another species that fed on sunlight, the experts believed.

“This bivalve had a very strong dependence on this daily cycle, which suggests that it had photosymbionts,” de Winter explained. “You have the day-night rhythm of the light being recorded in the shell.”

“The high fidelity of this data-set has allowed the authors to draw two particularly interesting inferences that help to sharpen our understanding of both Cretaceous astrochronology and rudist palaeobiology,” said Peter Skelton, a retired lecturer of palaeobiology at The Open University and a rudist expert unaffiliated with the new study.

The researchers hope that the find allows them to use the laser method to look at older fossils to get a better sense of what the planet was like tens of millions of years ago.