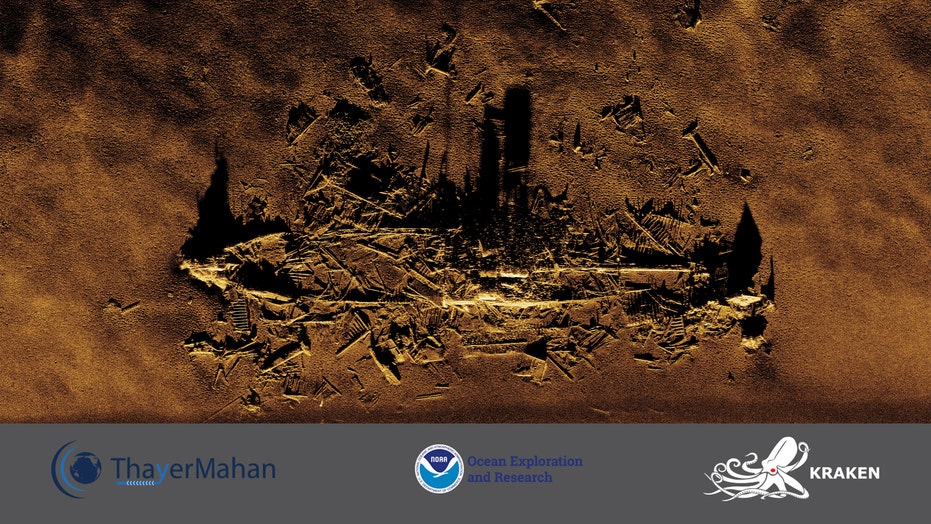 A mysterious shipwreck has been discovered off the east coast of the U.S., which experts say may be the remains of a World War II-era cargo ship.

The discovery was made on July 18 during the National Oceanic and Atmospheric Administration’s (NOAA) annual technology demonstration. “This shipwreck was mapped off the coast of Virginia/North Carolina,” NOAA explained in a statement. “It is likely a World War II freighter with evidence of degradation typical of World War II-era freighters.”

“Within the image, one can observe the single propeller shaft, machinery, and boiler spaces,” NOAA added.

The wreck site off the shore of Virginia/North Carolina. (Courtesy of ThayerMahan, Inc. Kraken Robotics, and the NOAA Office of Ocean Exploration and Research)

“This type of data can be used for site identification, assessment, and monitoring of Underwater Cultural Heritage sites over time,” NOAA added. “The resolution of the data are high enough that they could also contribute to site mapping for archaeological studies.”

The government agency is no stranger to wreck discoveries. A mysterious 19th-century shipwreck was recently discovered by NOAA researchers testing underwater drone equipment in the Gulf of Mexico. A team aboard the Okeanos Explorer was testing the equipment on May 16 when the wreck was spotted.

In 2014, federal scientists released the first images of the newly discovered wreckage of a steamship that sank in San Francisco Bay in 1888, killing 16 people.

The following year, experts from NOAA and the University of Hawaii released remarkable images of a U.S. Navy seaplane sunk during the opening minutes of the attack on Pearl Harbor on Dec. 7, 1941.

Bathymetric image of the shipwreck, developed from data collected using the KATFISH system on the Okeanos Explorer on July 18, 2019. (Image courtesy of ThayerMahan, Inc. Kraken Robotics, and the NOAA Office of Ocean Exploration and Research)

Other shipwrecks have been discovered by accident. Earlier this year, for example, a search for shipping containers that fell off a merchant ship during a storm led to the discovery of a historic 16th-century shipwreck off the Dutch coast.