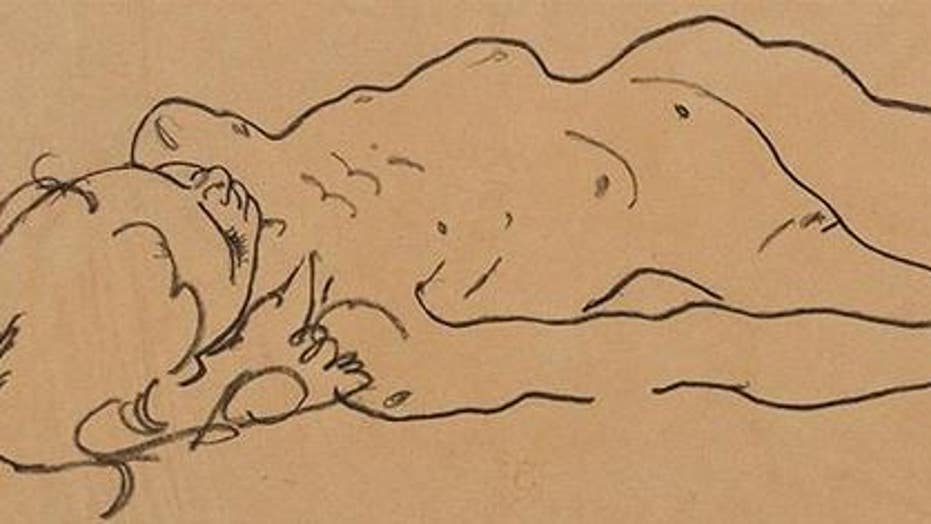 You never know what you'll find on a thrift store shopping excursion.

A drawing purchased at a Habitat for Humanity thrift store in Queens, N.Y., turned out to be an original work by a master of Expressionist art.

The pencil drawing, which depicts a nude female reclining on her back, bears several chracteristics that make it consistent with the work of Egon Schiele, a major figurative painter of the early 20th century who lived in Austria. Those traits include the paper, the type of pencil and the style of the drawing itself, according to Smithsonian.com.

“Ninety percent of the time they’re wrong,” Jane Kallir, of Galerie St Etienne in New York, who received a note about the find in June of last year, told the Art Newspaper. “Most of them are fakes — egregious copies.”

GOLD PROSPECTOR'S ROCK TURNED OUT TO BE SUPER-RARE METEORITE

Kallir told Smithsonian that the newly resurfaced painting was probably from 1918, not long before Schiele's death of the Spanish flu at the age of 28.

According to Art Newspaper, the drawing belongs to a series of 22 other works, two of which are believed to have been painted on the same day as the new piece. Those other two drawings are held by the Metropolitan Museum of Art and the Leopold Museum in Vienna, Austria, according to CNN.

In his brief career, the prolific artist created several thousand drawings and paintings, and his work was known for its raw depiction of human sexuality.

Galerie St Etienne is displaying the new drawing as part of an exhibit called The Art Dealer as Scholar that's running through October.