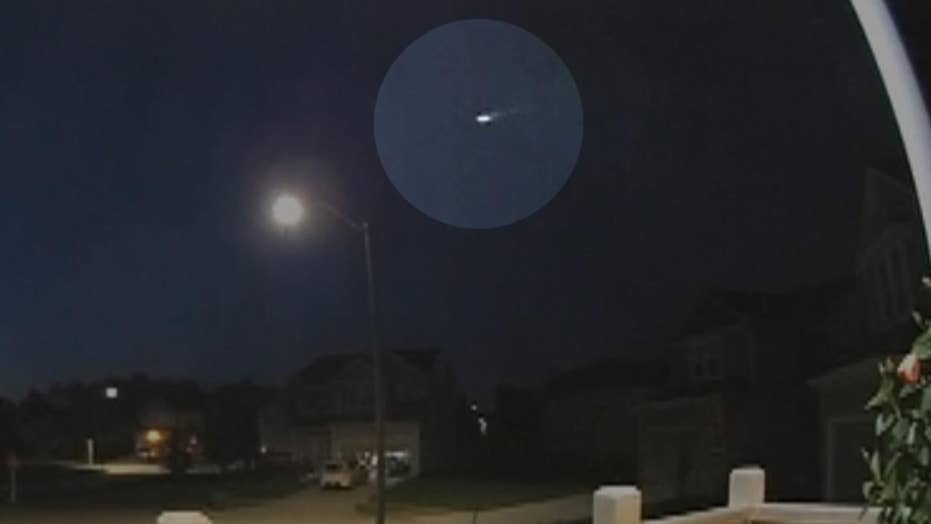 Fireball spotted streaking across the sky in Missouri

Raw video: Resident of Peculiar, Missouri captures the fireball on his doorbell camera.

Incredible footage captured on a doorbell camera shows a fireball flashing through the night sky in Missouri.

Paul Simpson, a resident of Peculiar, just south of Kansas City, told News 4 that his doorbell camera caught the fireball at 9:39 p.m. EDT.

The American Meteor Society says that it has received over 200 reports of a fireball seen over Missouri on Monday around 9:40 p.m. EDT. “The fireball was seen primarily from Missouri but was also seen from Kansas, Oklahoma, Arkansas, Illinois, Iowa, Indiana and Nebraska,” it said.

In June an asteroid turned into a blazing fireball as it disintegrated over southern Africa, just hours after it was first spotted.

Earlier this year, a meteor made headlines when it flashed across the sky in Michigan. The blazing fireball sent meteorite hunters scrambling to find fragments of the rare space rock.

In December 2017 a police dashboard camera captured incredible footage of a fireball streaking across the sky in New Jersey.

In 2016 a police dashboard camera in Portland, Maine recorded footage of a huge fireball dropping from the sky.

A small chunk of an asteroid or comet is known as a meteoroid. When it enters Earth's atmosphere, it becomes a meteor or fireball or shooting star. The pieces of rock that hit the ground, valuable to collectors, are meteorites.