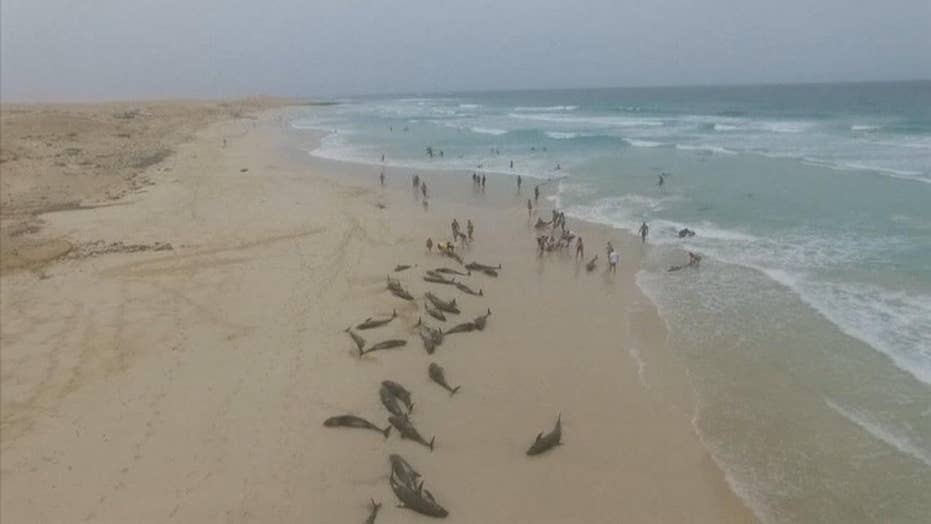 People attempted to drag some of the dolphins back to sea, but many dolphins returned.

More than 130 dolphins died on an island beach off West Africa last week in a mysterious mass stranding event that has left experts puzzled as they investigate the cause.

Locals and tourists found around 163 melon-headed dolphins stranding themselves on a beach on the island of Boa Vista, BIOS Cape Verde, a volunteer environmental association, wrote on Facebook Wednesday.

Hundreds of volunteers tried dragging the mammals out to sea. Despite their best efforts, many returned to the shore where they died.

Scientists from BIOS took samples from 50 dolphins and froze four carcasses for a necropsy, the group wrote Friday.

An official with the organization told local news outlet OPAIS on Saturday that there was still no “right explanation” for the deaths.

Spanish veterinarians from the University of Las Palmas in Spain's Canary Islands are due in the coming days to perform tests on the carcasses.