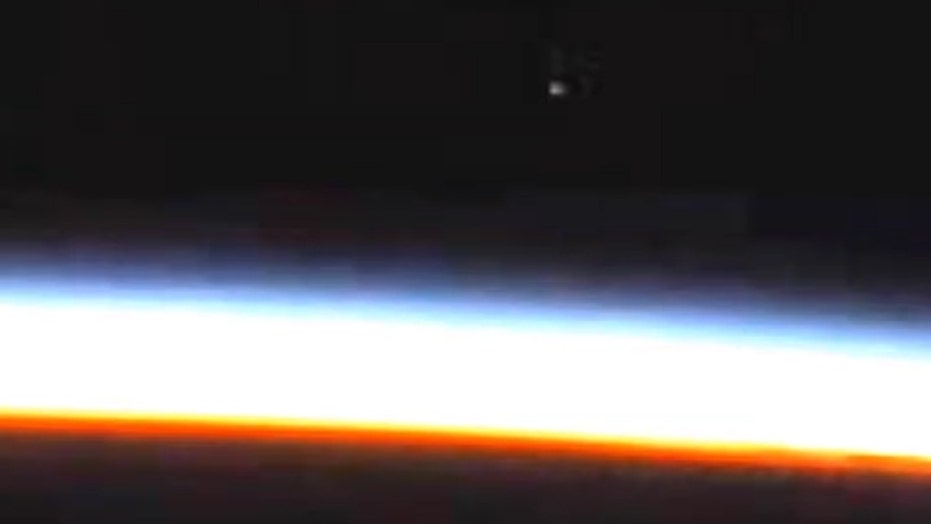 A blurry white moving object captured by a camera system on the International Space Station has been generating buzz online— especially because the video froze at a curious moment.

It all started on July 9, when a YouTube user named Streetcap1 posted the video in question, writing below it that what it shows “could well be a meteor or the like. What made it interesting was the camera cut off when the ufo seemed to stop.” A lively comments thread follows.

The video is plenty of fodder for conspiracy theorists, who think that NASA might have purposefully stopped the feed to hide evidence of aliens.

Just what this wild year needs: a UFO. RT "Did NASA shut down the ISS live feed b/c of a "mysterious UFO"?" https://t.co/Q5KJOwt1fR

But NASA says: not so fast.

The video in question comes from four cameras on the station called the High Definition Earth Viewing System, which are part of an engineering experiment, according to the space agency— they’re keeping track of how the cameras do in space, and in the process, giving people on Earth nice views. They automatically cycle from camera to camera, and their viewpoint changes based on where the station is. (Follow it here. When the station is on the night side of the Earth, the view is also dark.)

What’s more, when the system cuts out, that’s because of normal signal loss, a NASA representative said.

“The station regularly passes out of range of the Tracking and Data Relay Satellites (TDRS) used to send and receive video, voice and telemetry from the station," NASA spokesman Dan Huot explained to CNET. "For video, whenever we lose signal (video comes down on our higher bandwidth, called KU) the cameras will show a blue screen (indicating no signal) or a preset video slate."

Huot continued: "As for the 'object,' it's very common for things like the moon, space debris, reflections from station windows, the spacecraft structure itself or lights from Earth to appear as artifacts in photos and videos from the orbiting laboratory.”

Sorry, "X-Files" fans: This seems like an open-and-shut case.