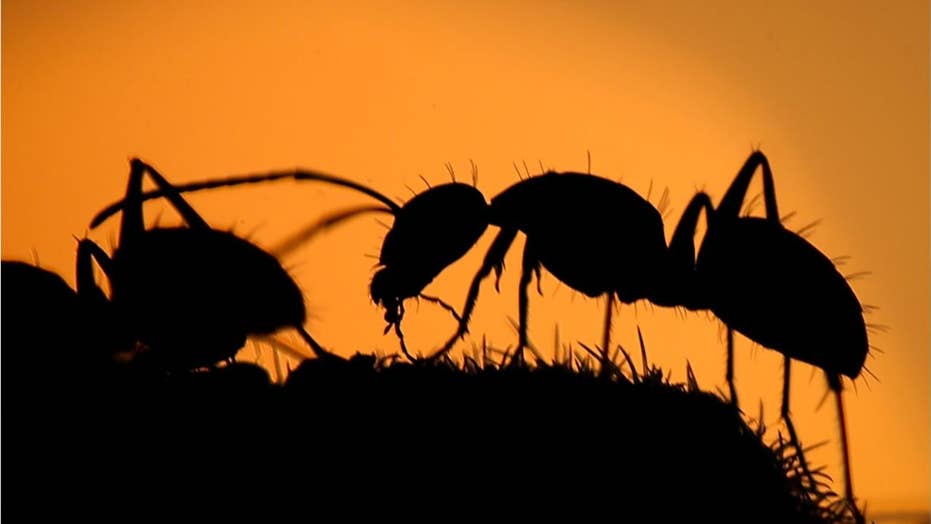 Zombies are real but they only found in one insect.

If you thought fictional zombies walking around on film were scary, the condition that turns creatures into mindless eating machines actually exists in nature. In ants.

According to research published in the Journal of Experimental Biology, ants that come in contact with the deadly fungus Ophiocordyceps unilateralis have their jaw muscles taken over until they eventually die.

The study's lead author, Colleen Mangold, notes that the fungus does not attack their brains directly. Instead "the mandibular muscles ... of infected ants are extensively colonized by the fungus," she said in a statement.

ZOMBIE ANTS ARE SCARIER THAN YOU EVER IMAGINED

Mangold, along with her other researchers found that the infected muscles showed evidence of hypercontraction as the ants clamped their jaws tightly onto a leaf vein or twig.

"Despite the extensive colonization, both motor neurons and neuromuscular junctions appear to be maintained," the study's abstract reads. "Infection results in sarcolemmal damage, but this is not specific to the death grip. We found evidence of precise penetration of muscles by fungal structures and the presence of extracellular vesicle-like particles, both of which may contribute to mandibular hypercontraction."

Ultimately, the ant dies, as it's consumed from within by the fungus. Making matters worse, spores of the deadly fungus drop below from the stalk that grows out of the dead ant in hopes of finding a new host.

The fungus is largely found in ants that live in tropical climates such as Brazil, Africa and Thailand.

Mangold's research follows up on a 2017 study into the deadly effects of Ophiocordyceps unilateralis.