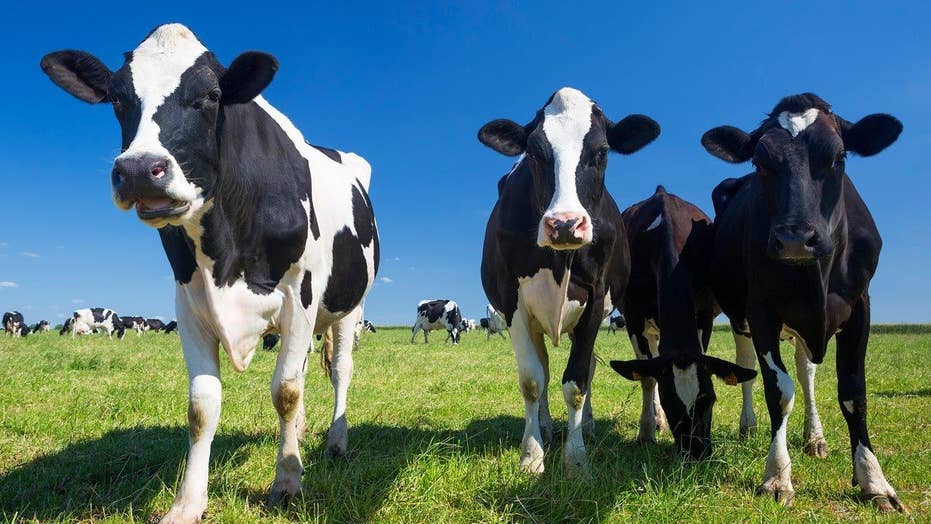 California clamps down on cow farts

California Gov. Jerry Brown kept up his assault on climate change Monday, pushing through a law meant to reduce greenhouse-gas emissions from dairy farms and landfills.

"You know, when Noah wanted to build his ark, most of the people laughed at him?" Brown said, per the Sacramento Bee, adding that that ark saved Earth's species.

"We've got to build our ark, too, by stopping ... dangerous pollutants." Brown's approval of Senate Bill 1383 goes after short-lived climate pollutants, which include methane, black carbon, and HFC gases, per the AP.

Although these gases don't linger in the atmosphere, they still make people sick and hasten global warming due to their heat-trapping ability, per Reuters. "We're protecting people's lungs and their health," Brown said, per Courthouse News.

One of the main methane culprits: manure. Per the bill, dairy farmers have to cut methane emissions to 40 percent below 2013 levels by 2030. Under a cap-and-trade plan, farmers will receive aid from the $50 million or so raised via polluter fees, which they can then put toward machinery that uses methane to create energy they can in turn sell to electric companies.

The state's Air Resources Board can also now regulate bovine flatulence, as long as there are practical ways to reduce the cows' belching and breaking wind.

Under the bill, emissions from HFCs also must be reduced by 40 percent from 2013 levels by 2030, while black carbon emissions will have to get to 50 percent below those levels by the same year.

Composting also has to go up by 50 percent within four years to curb methane from organic waste. The state's head of the National Federation of Independent Business rails against the "arbitrary" limits and says they're a "direct assault on California's dairy industry," per the AP.

This article originally appeared on Newser: California Is Going After Its Farting Cows