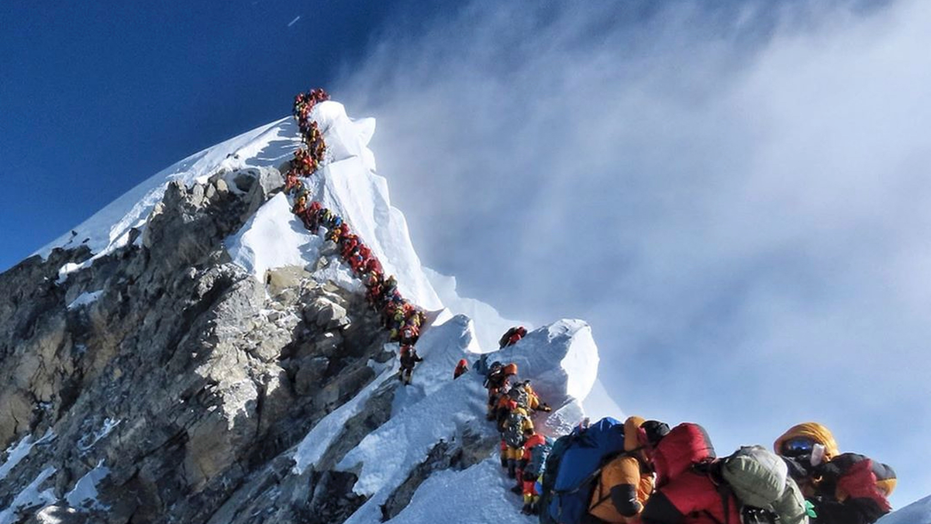 Concerns about coronavirus have prompted Nepalese authorities to close access to Mt. Everest, according to reports.

Citing an unnamed government official, The Kathmandu Post reports that officials have ended all spring climbing expeditions, including Everest ascents.

The famous mountain can be climbed from its northern side, which is in Chinese-administered Tibet, as well as its southern side in Nepal. The decision by Nepalese officials to close access to the mountain follows a similar reported move by their Chinese counterparts earlier this week.

A line of climbers attempts to stand at the summit of Mount Everest - file photo. (Nimsdai Project Possible via AP)

“This is disappointing news for both our expedition leaders and our clients who have trained for months for this year’s climb,” said Lukas Furtenbach, climber and CEO of the guided expedition company Furtenbach Adventures, in a statement emailed to Fox News Thursday. “At Furtenbach, we continue to emphasize safety and wellbeing above all us, so we understand the dire consequences a Covid-19 outbreak at base camp would have. Sadly, we have to agree that this is a responsible call to make right now.”

Fox News has reached out to Nepal’s Department of Immigration with a request for comment on this story.

Coronavirus fears had already prompted officials in Nepal to implement immigration restrictions on visitors from a number of countries.