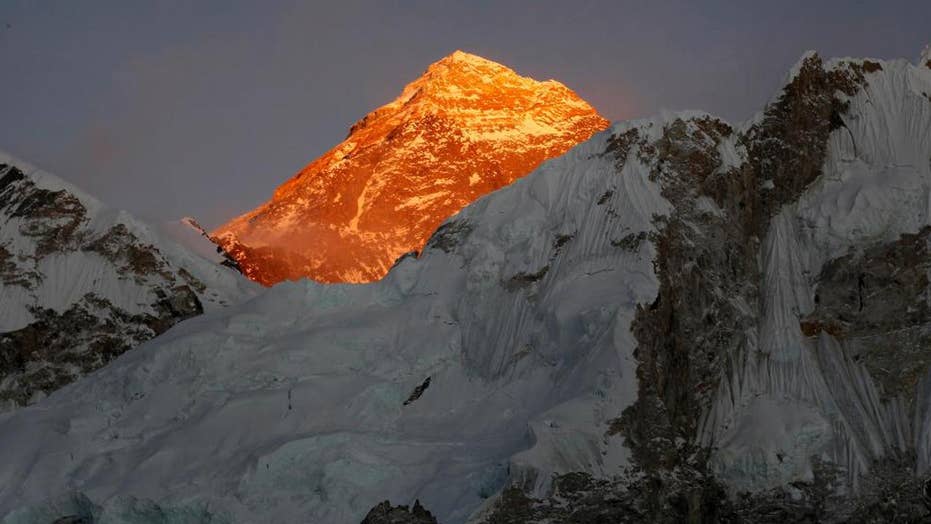 6,613 pounds of trash -- more than 3 tons -- have been collected from Mount Everest since mid-April, with plenty more to go, according to recent reports.

Four dead bodies have also been located during the campaign to clean the mountain, which began on April 14 out of Nepal, according to The Himalayan Times. Officials expect they will remove a total of 11 tons of garbage by the end of the 45-day campaign period, USA Today reported on Thursday.

There are still about 30 tons of garbage on the mountain, ABC reported.

"Our goal is to extract as much waste as possible from Everest so as to restore glory to the mountain. Everest is not just the crown of the world, but our pride," Dandu Raj Ghimire, Nepal's tourism director, said according to The Hindu.

Nepal’s tourism department, local government and other mountaineering groups are working together for the campaign, which is the first of its kind, The Himalayan Times reported.

"Everything on Everest, other than rock and snow, will be brought back," Tika Ram Gurung, secretary of the Nepal Mountaineering Association, said according to The Kathmandu Post. "The goal is to send the message that we should keep this mountain pollution free."

According to ABC, 5,200 people have hiked to the top of Mount Everest with another 775 who are planning to try it this year. With those trips, people often leave things behind.

Because the trip is challenging, some people meet a more harrowing fate. Everest has claimed the lives of almost 300 climbers since the first attempt to conquer the mountain in 1921, two-thirds of whom are buried in the mountain’s ice and snow, the BBC reported earlier this year.

The outlet reported that, with global warming, those bodies are now being uncovered.

"Because of global warming, the ice sheet and glaciers are fast melting and the dead bodies that remained buried all these years are now becoming exposed," Ang Tshering Sherpa, former president of the Nepal Mountaineering Association, told the news outlet.

The BBC also interviewed a government official who had retrieved about 10 dead bodies from the mountain in recent years who said that “clearly more and more of them are emerging now.”

In Alaska, North America’s tallest mountain, Denali, is also having a similar issue, only with human poop.

Last month, it was reported that Denali could be covered in 66 tons of poop as glaciers melt away in the coming decades and perhaps much sooner -- a process that's speeding up thanks to climate change.