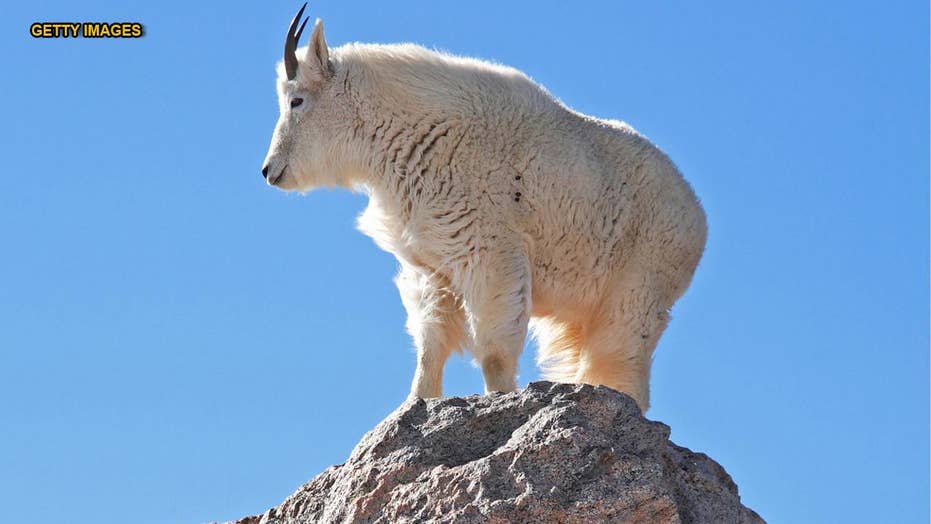 Colorado officials are warning humans to not feed the wildlife after mountain goats started engaging in 'unnatural behaviors'.

"Do not feed wildlife" is a warning officials in Colorado have issued as mountain goats have been trying to cozy up with humans — a behavior deemed "unnatural."

On Tuesday, Colorado Parks and Wildlife urged people who hike Mount Evans, a peak in the Rocky Mountains, to "do their part in helping keep wildlife wild by not feeding any animals they encounter and keeping a safe distance from them."

Officials said mountain goats have been observed in the area throughout 2018 "licking vehicles for the salt on them, putting heads inside open car windows, running toward the sound of crinkling food wrappers, running towards people holding food, entering restrooms and tolerating large groups of people surrounding them to take photographs and videos from unsafe distances."

Last week, a video surfaced online of a mountain goat "climbing on top of a SUV, hanging out on its hood for a couple of moments before moving on," officials said.

The Colorado agency explained the goats' behavior is probably because of their experience being close to humans — whether being fed, or being close to them while they take photos.

“People have gone as far as attempting to pick up mountain goat kids and we have seen groups of mountain goats surrounding and following people, which is far beyond the natural behavior of these animals,” Wildlife Officer Joe Nicholson said in a statement.

In an attempt to curb the problematic interactions between the goats and humans, Parks and Wildlife says it's started "reinstating the natural fear of humans by using hazing tactics on the wildlife" including sound and direct contact from tasers, cattle prods, paintball guns, and a K-9 officer to "haze offending animals away from people and cars."

The department has asked for the U.S. Forest Service and Denver Mountain Parks to build physical barriers around restrooms and to not use salt to melt ice around bathrooms, parking lots and mountain pathways.