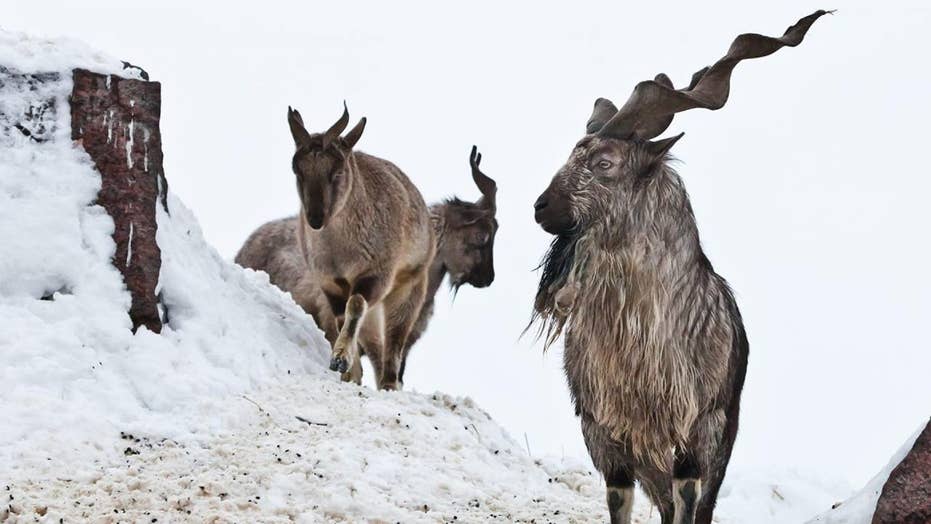 An American trophy hunter from Texas has caused uproar in Pakistan after hunting down a mountain goat – an official national symbol – paying a record $110,000 to shoot as part of a conservation program.

Bryan Kinsel Harlan, a former entrepreneur of the year in Dallas, Texas and the founding partner of Benchmark Mortgage, a mortgage loan provider, has been quoted in local media reports as the hunter.

“It was an easy and close shot and I am pleased to take this trophy,” Harlan told Pakistan's Dawn News, who first published a photograph of him kneeling and smiling behind a wild Astor markhor.

For the permit to hunt down one of the rarest wildlife species in the region, if not the whole world, Harlan had to fork over $110,000, a record-breaking sum in the country.

The photographs of an American hunting Pakistan’s national animal sparked a debate, with some commentators asking why the hunting of the rare creatures isn’t outlawed.

Last month, two other Americans in two separate cases hunted down the animals after paying $105,000 and $100,000 respectively.

But the high price of the hunting permit hides Pakistan’s way of preserving the rare species and promoting tourism in the country.

In what appeared to be a news conference, Harlan explained that his record sum not only supports the conservation efforts but also bring investment to the country.

“I’m from America, there are not many people from the United States of America that would come over here as a tourist. They think it’s dangerous. The problem is what the media is portraying. It’s not dangerous. Mexico is more dangerous than Pakistan,” he said.

“What has happened in this Astor markhor hunt is a prime example of what happens when a hunter and a village come together with a common understanding of conservation. And as that happens, it reduces the poaching and – something that is often overlooked – the amount of wages that are brought to that hunt, the amount of food, and the amount of foreign investment,” he added.

For decades markhors have been the target of poachers, leading to their population dwindling, with just 2,500 left by 2011, according to the Washington Post.

Since then, however, Pakistan banned all local hunting of the animals while letting only a small number of rich foreigners to hunt 12 male goats every season in specific areas.

Most of the money paid by the hunters, according to the Post, is distributed to the impoverished residents in the areas where the goats are located in addition to money earned as the guides to hunters.

The experiment paid off and the markhor population has reportedly increased again, even prompting the reclassification of the species from “endangered” to “near-threatened.”

Tabarak Ullah, the hunter who guided Harlan during the hunt, told the Post that the presence of foreigners brought only positives to the country.

“This is not just about hunting,” he told the outlet. “The number of animals is increasing, and these foreign hunters are millionaires who go back and tell the world that Pakistan is safe.”