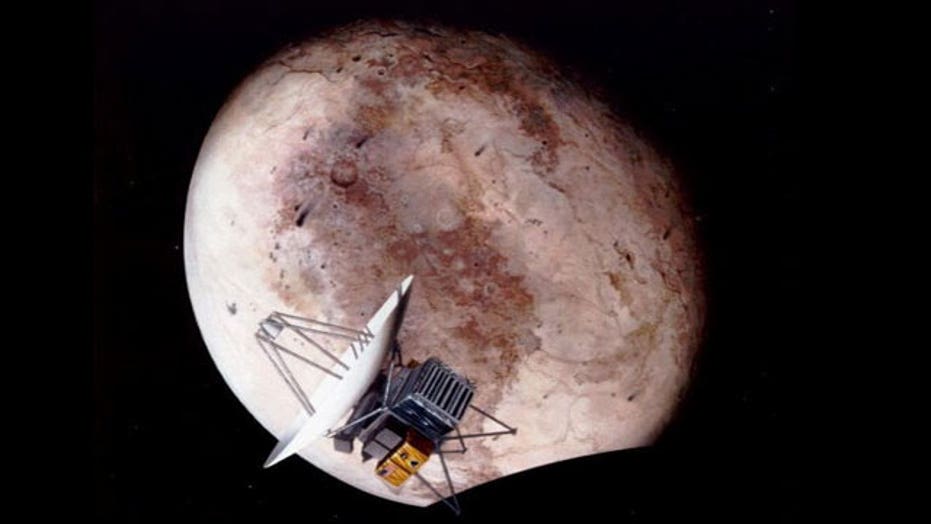 What happened to Pluto?

PASADENA, Calif. — Scientists may have spotted more than a half dozen clouds in Pluto's hazy atmosphere, researchers announced Tuesday.

NASA's New Horizons spacecraft flew by Pluto in July 2015, revealing a bounty of unexpected details about the frozen world. For instance, the mission discovered that Pluto possesses a complex, layered atmosphere.

"We've noticed a large number of concentric layers of haze, more than two dozen," New Horizons principal investigator Alan Stern, of the Southwest Research Institute in Boulder, Colorado, said during a news conference here at the 2016 American Astronomical Society's Division of Planetary Science meeting. "These haze layers stretch very high into the sky — more than a half million feet, or 200 kilometers." [Photos of Pluto and Its Moons]

Preliminary images of Pluto hinted at the presence of a cloud in the dwarf planet's atmosphere. Now, Stern and his colleagues have revealed seven bright features that might be clouds in that world's exotic skies.

"If there are clouds, it would mean the weather on Pluto is even more complex than we imagined," Stern said in a statement from NASA.

All these potential clouds "are similar in that they are very low-altitude, and all are very similar in length scales, measured in kilometers or tens of kilometers," Stern said. "We're not seeing decks or banks of clouds — we're seeing individual, discrete cloud features," he said.

All seven of these features lie near the terminator, the dividing line between day and night, "either near dawn or dusk, which suggests they may be clouds, because there are cooler conditions there where condensation processes are likely to occur," Stern said.

"To confirm if these features are clouds, we need to go back to Pluto with new instruments and be there for longer periods with something like a Pluto orbiter," he said.

If these clouds do exist, it remains unknown how long they might last, the researchers said.

"One might expect, since they're seen near the terminator, that they're short-lived phenomena seen near dawn or dusk each day on Pluto," Stern said. "A day on Pluto is equivalent to 6.4 days on Earth, almost a week."

Stern noted that Pluto is not nearly as cloudy as Earth — its hazy skies appear 99 percent free of clouds.

"The situation on Pluto is like that in the western United States, where the skies are not cloudy all day," Stern said.

The New Horizons spacecraft is currently about 3.4 billion miles from Earth and about 3.4 billion miles beyond Pluto, speeding away from the sun at about 32,400 mph. The last bits of data that the mission gathered are scheduled to be transmitted to Earth on Oct. 23, but it will still take a while for scientists to analyze all of the information.

"The hard work of understanding the Pluto system is going to take years — it's much more complex and nuanced than we ever expected," Stern said.