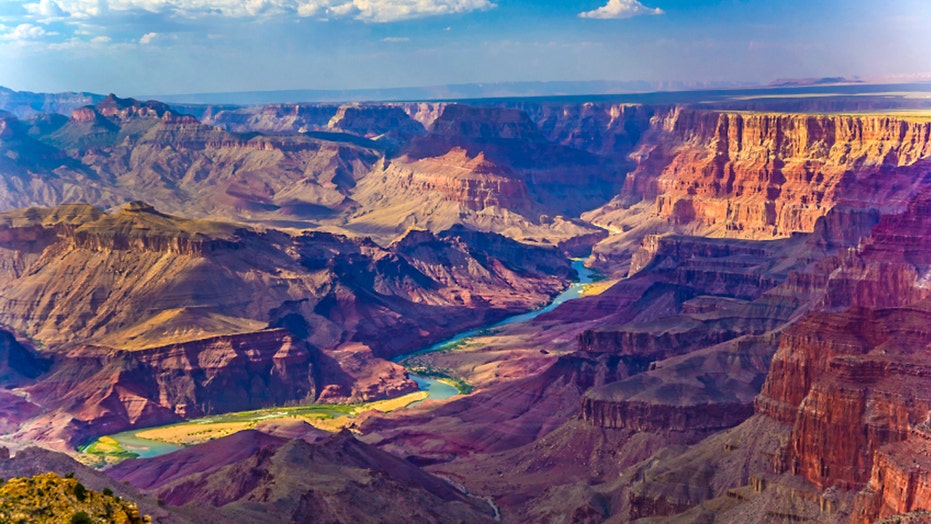 FLAGSTAFF, Ariz. – Ted Kennedy sums up what he sees along the river in the Grand Canyon: "It's buggy out there."

That is to say, an experiment to change the flow of water from a dam near the Arizona-Utah state line appeared to boost the number of aquatic insects that fish in the Colorado River eat.

Scientists are hoping to better understand those results with a second bug flow experiment that started this month and will run through August. They found that releasing low, steady flows of water from Glen Canyon Dam over the weekend gives the eggs that bugs lay on rocks, wood or cattails just below the water's surface a better chance of survival. Otherwise, they might dry out and die within an hour.

"It's a powerful reminder that flows really matter, that just a couple days a week of steady flow can illicit massive emergence," said Kennedy, a research ecologist with the U.S. Geological Survey.

The bug flows are part of a larger plan approved in late 2016 to manage operations at Glen Canyon Dam, which holds back Lake Powell. The plan allows for high flows to push sand built up in Colorado River tributaries through the Grand Canyon as well as other experiments that could help native fish such as the endangered humpback chub and non-native trout.

Researchers are recommending three consecutive years of bug flows. Scott VanderKooi, who oversees the Geological Survey's Grand Canyon Monitoring and Research Center in Flagstaff, said something about the weekend steady flows is encouraging bugs to emerge as adults from the water, which might lead to more eggs, more larvae and more adults. But, more study is needed.

Researchers also are hopeful rare insects such as stoneflies and mayflies will be more frequent around Lees Ferry, a prized rainbow trout fishery below Glen Canyon Dam.

The bug flows don't change the amount of water the U.S. Bureau of Reclamation must deliver downstream through Lake Mead to Arizona, Nevada, California and Mexico. The lower levels on the weekend are offset by higher peak flows for hydropower during the week, the agency said.

Hydropower took a hit of about $165,000 — about half of what was expected — in the 2018 experiment, the Geological Survey said.

The agency recorded a sharp increase in the number of caddisflies through the Grand Canyon. Citizen scientists along the river set out plastic containers with a battery-powered black light for an hour each night and deliver the bugs they capture to Geological Survey scientists, about 1,000 samples per year.

In 2017, the light traps collected 91 caddisflies per hour on average, a figure that rose to 358 last year, outpacing the number of midges for the first time since the agency began tracking them in 2012, VanderKooi said.

The number of adult midges throughout the Grand Canyon rose by 34% on weekends versus weekdays during last year's experiment. Intensive sampling one weekend in August showed an 865% increase in midges between Glen Canyon Dam and Lees Ferry, the agency said.

"For a scientist, this is really great," VanderKooi said. "This is the culmination of a career's worth of work to see this happen, to see from your hypothesis an indication that you're correct."

The Arizona Game and Fish Department also surveyed people who fished from a boat at Lees Ferry during the experiment to see if the bug flows made a difference. Fisheries biologist David Rogowski said anglers reported catching about 18% more fish.

He attributed that to the low, steady flows that allow lures to better reach gravel bars, rather than the increase in bugs.

"We'll see if it happens again this year," Rogowski said. "I didn't even really expect it would change the catch-per-unit rate at all."