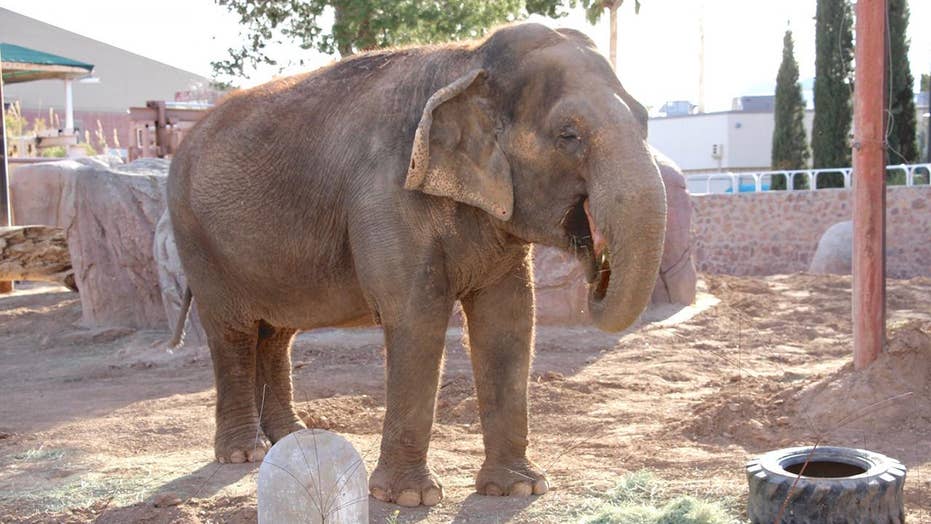 An Asian elephant in the El Paso Zoo in Texas has undergone two successful rounds of electrochemotherapy.

The elephant, 50-year-old Juno, underwent her second successful treatment Friday. She was diagnosed with a malignant mass in her right mammary gland in January; she underwent her first electrochemotherapy treatment in March.

“The El Paso Zoo is on the cutting edge in terms of the cancer treatment they are providing Juno,” Dr. Jospeh Impellizeri, of Veterinary Oncology Services, said in a statement. “This type of treatment on large, exotic animals isn’t getting done anywhere else—not even Europe. It’s incredible.”

The treatment was performed by Impellizeri, along with two veterinarians from the El Paso Zoo and the zoo’s staff.

According to the zoo, this is only the second recorded case of a cancerous mass in an elephant.

"The make up of elephants is that they’re able to sequester those tumors and they don’t metastasize all over their body. But we did want to treat this cancer simply because it was uncomfortable for her," said El Paso Zoo Director Steve Marshall.

THE WORLD OF ANIMALS

The electrochemotherapy treatment uses a chemotherapy drug that’s infused into the tumor before an electric pulse draws the chemotherapy directly into the cancer cells. Juno was put under anesthesia for an hour and a half for the treatment but is now alert and walking, according to the zoo.

The tumor is very big and the zoo said the electrochemotherapy allows for multiple treatments, unlike invasive surgery.

“We broke the tumor down into four quadrants and treated each quadrant with the electrochemotherapy,” Impellizeri said in March after the first treatment. “This is an extremely large tumor, the largest I’ve ever treated, but if you break it down into quadrants, you can treat it like four or five smaller tumors.”

Treating the tumor and giving an accurate prognosis is a challenge for the zoo. There is no record of a malignant mammary gland tumor in all of veterinary literature, and cancer of any kind is extremely rare in elephants, according to the zoo.  As a result, the zoo can’t predict how the cancer will progress and using ultrasounds and x-rays to determine if the cancer is spreading isn’t possible because of Juno’s size. However, the zoo expects Juno to survive.

"It does not take on the characteristics of a tumor that’s going to spread throughout her body, but it was growing in size," said Marshall.