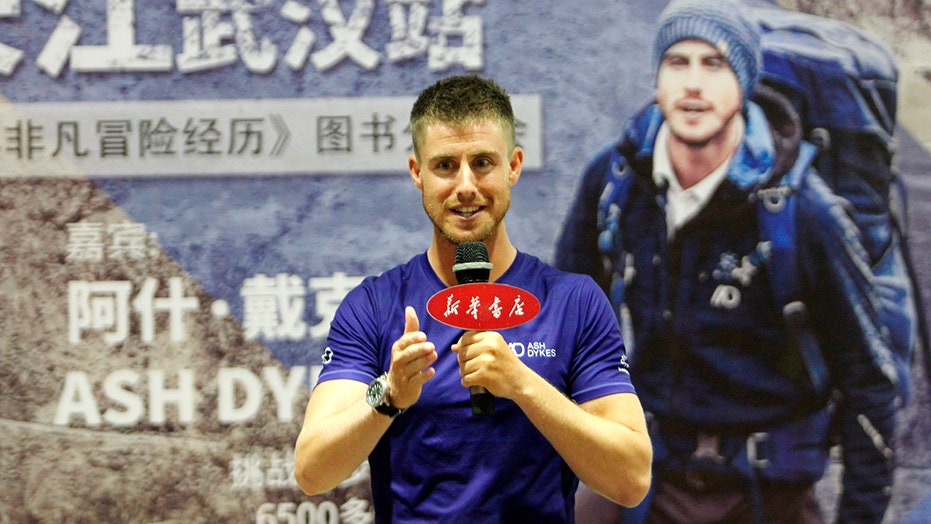 British explorer Ash Dykes on Monday became the first person to complete a 4,000-mile trek  on foot along the Yangtze River in China.

The 28-year-old explorer's yearlong expedition via the world's third-longest river -- Asia's longest -- included a bout with a pack of wolves, blizzards, a landslide and brutal cold.

“It feels amazing. It hasn’t kicked in yet,” Dykes said, according to The Guardian, adding that the trip took two years to plan.

The environmentally minded adventurer was reportedly cheered on by family and friends, along with Chinese supporters, at the finish of his historic journey.

During the adventure, nature threw plenty his way. Among other things, he was followed for two days by wolves that had recently killed a woman. “We could hear them howling and we felt super-vulnerable, of course," he told the British news site. "We had to stay vigilant. There were moments when I thought, 'What on earth have I put myself through for the past year?'”

He reported seeing lots of plastics and pollution along his journey. “The good news is that I’ve also seen a huge increase in knowledge and understanding within the communities, towns and cities along the way. People are aware of the damage being caused to their water sources and are now actively changing their ways for the better – it’s inspiring to see.”

A ship sails in the Wuxia Gorge, one of the Three Gorges on the Yangtze River, in Wushan County, southwest China, back in March.  (Xinhua/ via Getty Images)

According to Dykes, one of the hardest parts of the trek was its start at an elevation of 16,730 feet -- the same height as base camp at Mt. Everest.

Dykes, who was born in North Wales, had already achieved two other firsts -- trekking across Mongolia and Madagascar -- before he'd even turned 25.