The Florida Department of Health confirmed that one person in Hillsborough County has been infected with a water-borne microscopic single-celled amoeba that attacks the brain.

A popular chemical alternative to bisphenol A (BPA), known for use in plastic water bottles and food cans, is causing concerns that it could "seriously damage" human brains.

A new study by scientists at the University of Bayreuth in Germany studied the impact of both BPA and its chemical cousin Bisphenol S (BPS) had on the nerve cells of goldfish.

"We were surprised how many vital brain functions in fish are affected by the plasticizers used in numerous industries," Elisabeth Schirmer, the first author of the study, said to News Atlas. "This damage, as we were able to show, does not occur immediately. However, when the brain cells are exposed to small amounts of BPA or BPS for a month, the damage is unmistakable."

According to a 2018 report, both BPA and BPS are used as color developers and many businesses make their receipts with these chemicals.

A police officer removes discarded plastic bottles from the polluted Tagaret River which flows into Uru Uru Lake, near Oruro, Bolivia, Wednesday, April 7, 2021. A cleanup operation began Wednesday in an effort to restore the lake to its natural beauty which has been overrun with plastic rubbish and other man-made waste. (AP Photo/Juan Karita)

A report from researchers at the State University of New York at Albany and the Chinese Academy of Sciences noted that nearly 90 percent of human exposure to BPS can be traced to receipts.

The University of Bayreuth study focused on the Mauthner cells in goldfish, which are the two largest nerve cells in fish brains, according to the outlet. The cells are part of all sensory stimuli and help vertebrates escape from predators.

The study showed a breakdown in the operation of nervous system functions and disruption in the processing of acoustic and visual stimuli. 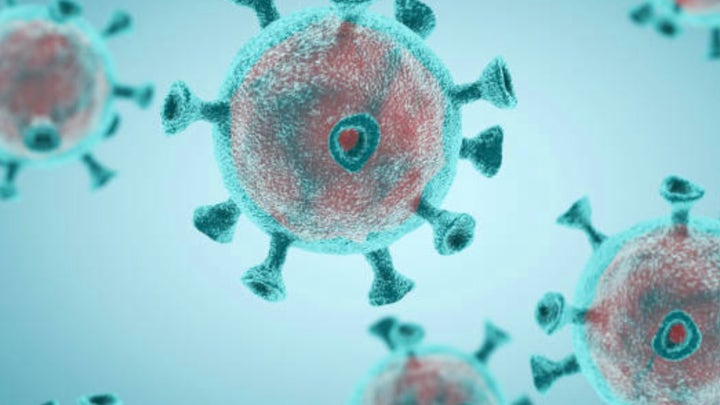 Scientists working on the study believe that the effects suffered by the goldfish from exposure to BPS and BPA can be mimicked in humans.

"The findings obtained through studies on fish brains justify the assessment that BPA and BPS can also seriously damage the brains of adult humans," study author Dr. Peter Machnik said. "Against this background, it is essential that science and industry develop new plasticizers to replace these bisphenols, while being safe for human health."

Manufacturers using BPS in their products have put "BPA-free" labels on packages despite a 2020 study that BPS "can fundamentally alter fetal brain development," per News Atlas.

In recent years, there have been reports of BPA and BPS being linked to childhood obesity and altering hormones in teens.