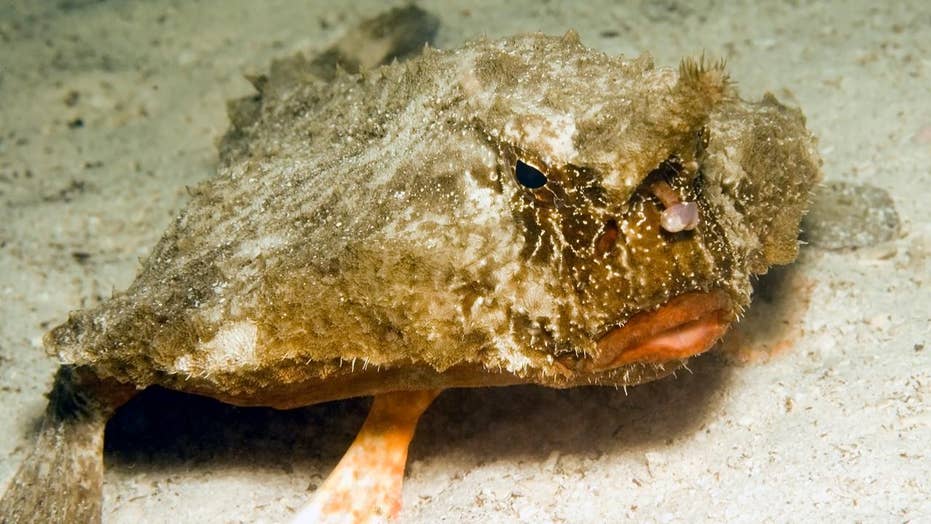 An odd-looking fish that lives on the ocean floor shocked Texas park rangers when it washed up on Padre Island National Seashore in Corpus Christi last week. Photographer Edie Bresler was scanning the beach when he spotted what turned out to be a thick-tailed batfish.

An odd-looking fish that lives on the ocean floor shocked Texas park rangers when it washed up on Padre Island National Seashore in Corpus Christi last week.

Photographer Edie Bresler was scanning the beach for hidden treasures when he spotted the big-eyed fish. With its bumpy skin and wide mouth, Bresler wasn't exactly sure what he was looking at. So, he quickly took out his camera and started snapping.

"I have been beach combing all my life so to come across something strange like this was totally exciting," Bresler explained in a Facebook post on Thursday. "It got even better when I took the photographs to the park rangers and they were equally baffled."

Bresler sent his photos to officials at Padre Island National Seashore. After carefully studying the creature and comparing images of the fish to various science books, they determined it was a thick-tailed batfish.

"These fish come from 600-1200 feet (180-365 meters) deep, where ocean life gets WEIRD," the park posted on Facebook, including two photographs taken by Bresler. "Batfish use their pectoral, or side-fins, as 'legs' to 'crawl' on the seafloor to feed on worms, and small crustaceans and fish. They live their lives in complete darkness, where large eyes probably come in handy to avoid lanternfish or other possible predators."

The rare find tickled "the science nerd that lives happily inside me," said Bresler, adding that the fish reminded him of a creature from "the black lagoon." Unfortunately, he added, it was too late to rescue the fish.

Padre Island National Seashore is a national park that protects "70 miles of coastline, dunes, prairies," according to its website.