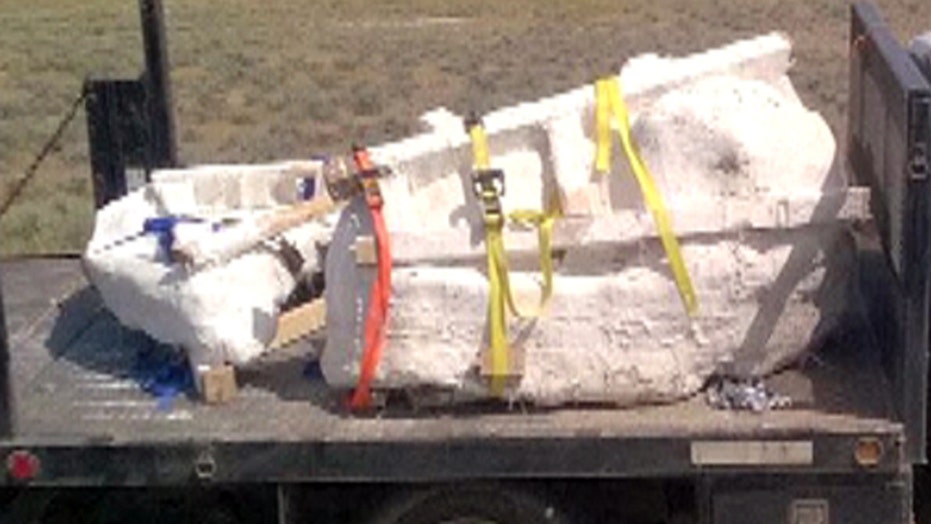 Massive Tyrannosaurus Rex skull discovered and unearthed in Montana, believed to have been as big as a school bus

Theropod dinosaurs — those big, bad meat eaters who ruled the earth long ago — had it pretty tough. They couldn’t hoist a flag and announce, “Get lost. This marsh is mine.” Nor could they sidle up next to a fine-feathered cutie and try out their best line.

So they made up for these shortcomings by — what else? — developing bony crests, horns and knobs on their heads.

Researchers at North Carolina State University have discovered that theropods that developed ornaments on their heads evolved to gigantic body sizes 20 times faster than those that didn’t, and that 20 of the 22 largest theropod species, like T. Rex and Allosaurus, had them.

Researchers Terry Gates and Lindsay Zanno suspect the ornaments served as socio-sexual display mechanisms the dinosaurs would use to signal their mating, territory and defense intentions.

Gates and Zanno examined the fossils of 111 ornamented and unornamented theropods and determined that those weighing under 80 pounds did not develop head ornaments, but 20 of 22 above that threshold did.

"We were surprised to find such a strong relationship between ornaments and huge body size in theropods," Gates said. "Something about their world clearly favored bling and big bods."

There was an exception, though. The researchers found that the line of dinosaurs that became modern birds, including the ones over 80 pounds, didn’t develop head displays.

"The best explanation is that the long stiff feathers, which originated in this group of dinosaurs and were similar to modern bird feathers, could perform equally well as social signals,” Gates said.

Added Zanno: "Our work supports the idea that vaned feathers were great communication tools from the get-go and may have helped large bird-like theropods sidestep the bother of skeletal bells and whistles."