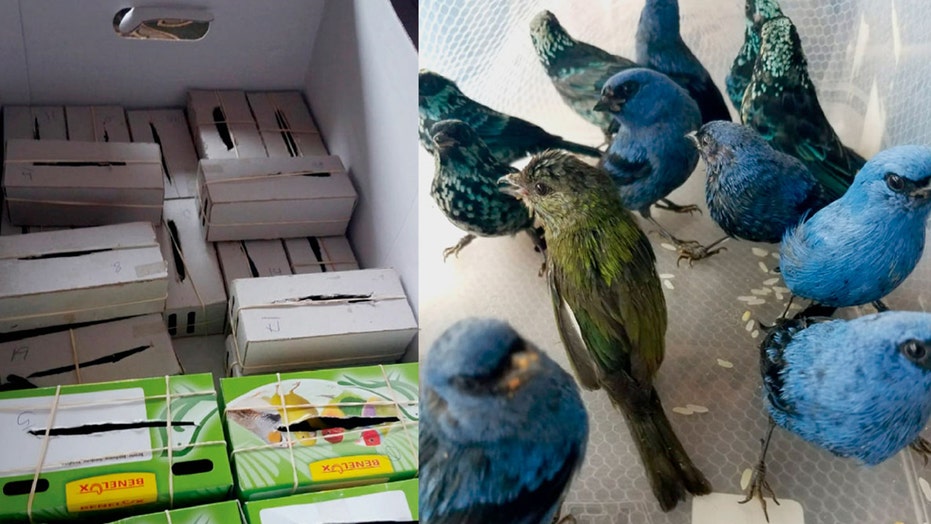 A Belgian man was arrested Monday at an airport in Peru with 20 live birds crammed inside tiny boxes he hid in his suitcase, investigators said.

Hugo Conings, 54, was trying to smuggle the Peruvian birds out of the country in individual cardboard boxes and sell them in Madrid, Spain, the National Forest and Wildlife Service (SERFOR) said.

HUNDREDS OF BIRDS FOUND DEAD ON WELSH ROAD, AND POLICE AREN'T SURE WHY

Security officials at the Jorge Chavez airport detected Conings’ suitcases held several species of wild birds, which are protected by the Peruvian State, just before he boarded the plane.

All 20 birds survived, although many displayed symptoms of dehydration and stress – with some even losing parts of their plumage – as a result of being stuffed in the boxes for hours, AFP reported.

The birds comprised two toucanets and 16 tanagers – species of delicate, brightly colored birds that are common targets for wildlife traffickers, SERFOR said. They are all native to the Peruvian jungle, and also found in Bolivia and Ecuador.

All the birds survived, although some showed signs of dehydration and stress. (National Forest and Wildlife Service)

Conings could face up to five years in prison for illegal wildlife trafficking.

Wildlife trafficking is a $23 billion illegal enterprise, and considered one of the four most lucrative crimes, SERFOR said, citing Interpol statistics.

Peru is known as a birdwatcher's paradise for its more than 1,800 confirmed species of bird.