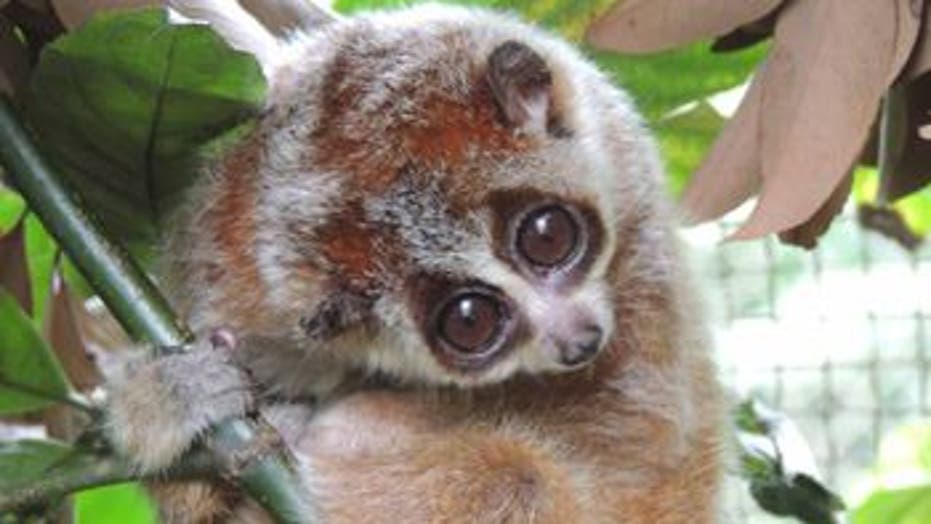 A Florida couple pleaded guilty on Tuesday to trafficking protected wildlife from Indonesia, and they then sold the animals to buyers in the United States and around the world.

Novita Indah, 49, and Larry Malugun, 52, admitted to illegally importing wildlife from Indonesia to their Port Richey home – about 40 miles north of Tampa, according to a press release from the Department of Justice.

A slow leris, one of many exotic animals that a Florida couple pleaded guilty to trafficking.  (nsf.gov)

The couple was indicted in June 2019 on charges of conspiracy, smuggling and violating the Lacey Act, a federal law that bans trafficking in illegal wildlife.

The couple admitted to importing and reselling Southeast Asian wildlife in the forms of taxidermy mounts, bones, skins, belts and wallets, between Oct. 4, 2011, and Jan. 12, 2017. The wildlife species included snakes, lizards and monkeys, among others. None of the animals sold were alive.

Approximately 3,100 wildlife items were sold on eBay to buyers across the U.S. and internationally, totaling around $211,000.

The couple began trafficking the animals while living in Indonesia. Their operations continued when they moved to Puerto Rico and, ultimately, Florida in 2013. They sold to buyers in the U.S. by falsely labeling packages to conceal their contents.

The U.S. Fish and Wildlife Service (USFWS) seized nearly 370 wildlife articles from the couple’s home while executing a January 2017 search warrant. All of the wildlife recovered by the agents was protected by the Convention on International Trade in Endangered Species of Wild Fauna and Flora (CITES).

The couples’ sentencing has not been scheduled. They have agreed to forfeit the wildlife seized from their house, according to the DOJ.