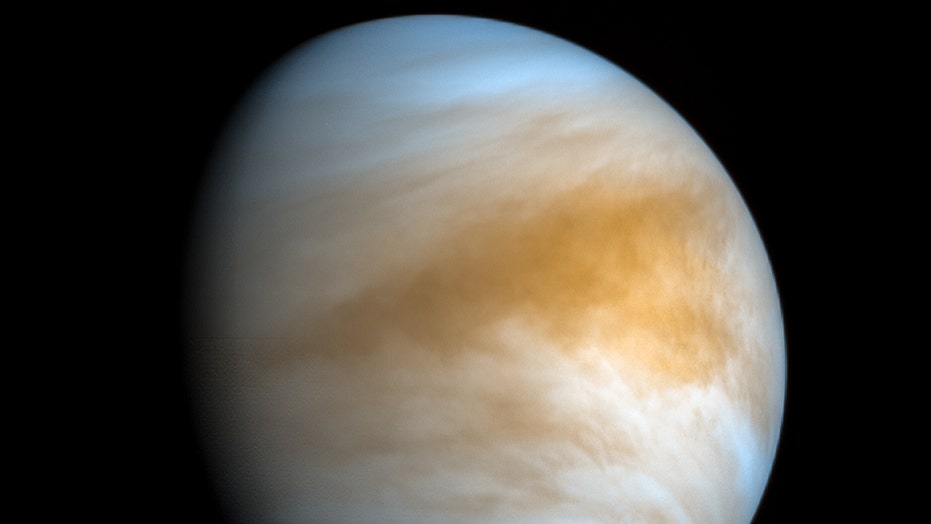 NASA has plans to send manned missions to Mars in the 2030s, but before astronauts get there, they should stop by Venus first.

Those are the sentiments expressed in a new paper written by a number of researchers, who believe that going to the second planet in the Solar System could have benefits for a manned mission to the Red Planet. Those include reducing "the overall energy requirements for opposition-class missions to Mars," with the added benefits of reducing cost, as well as going to a second planet.

"A human Venus flyby is not only a ‘free’ add-on, but a beneficial addition to any opposition-class Mars mission architecture," the researchers wrote in the paper. "As a result, if NASA’s first mission to Mars is an opposition-class mission, it is likely that this mission will also include a flyby of Venus."

They continued: "There is reason to be excited by this 'two planets for the price of one-plus' approach. A dedicated year-long Venus flyby mission could serve as a valuable 'shakedown cruise' for the deep-space transport systems needed for the first human mission to Mars."

The researchers are from a number of different organizations and universities, including Johns Hopkins University, NASA JPL and the Southwest Research Institute, which manages NASA's New Horizons missions.

Not only are there potential economic benefits to using Venus' gravity for missions to Mars, but it could also be done on a more regular basis, the researchers added.

"Venus, on average, is much closer to Earth (1.12 AU) than Mars (1.69 AU), allows for shorter overall mission durations (thus simplifying crew logistics and time in space), and has more frequent planetary alignments than Mars (every 19 months versus 26 months for Mars)," they explained.

One AU, or astronomical unit, is approximately 93 million miles, or the distance between the Earth and the sun.

Venus appears just on the edge of the crescent moon in this photo captured by astrophotographer Victor Rogus during a lunar occultation on April 25, 1987.  (Victor Rogus)

WE COULD GO TO VENUS WITH TODAY'S TECHNOLOGY, SCIENTISTS SAY

A flyby mission of Venus could take less than a year —"shorter than some missions to the International Space Station," the experts wrote, but it would expose the astronauts to "higher solar radiation levels comparable to those on a flight to Mars, albeit slightly reduced galactic cosmic radiation due to solar shielding."

The paper has been submitted for peer review at Acta Astronautica.

Venus, which has been called "Earth's evil twin," has an extremely harsh climate, with a surface temperature of 864 degrees Fahrenheit. It's likely too hot to support life, but NASA has recently said that it intends to explore the planet.

A study published in September 2019 suggested that Venus may have been habitable for a few billion years — until something mysterious happened.

NASA's next mission to Mars involves the recently renamed Perseverance rover, scheduled to launch "no earlier than July 30."