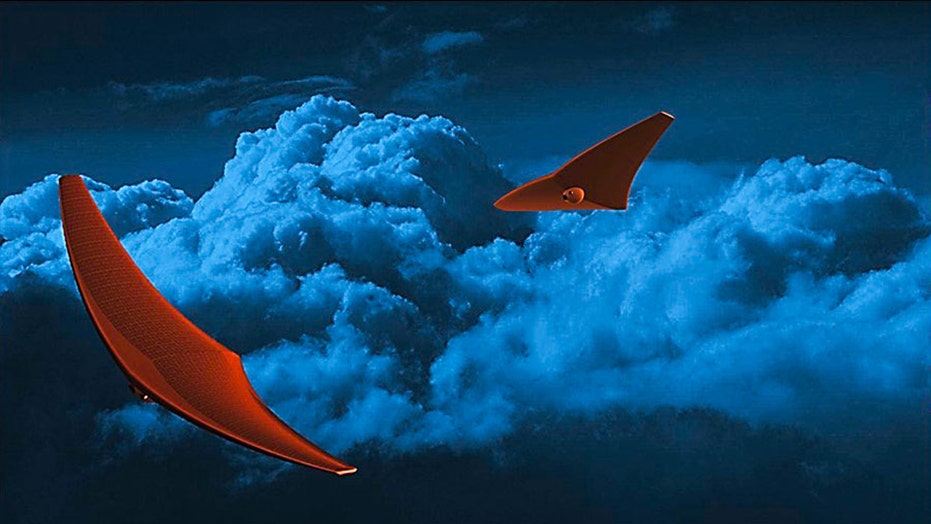 Venus is likely too hot to support life, with a toxic atmosphere and temperatures approaching 900 degrees, but that isn't stopping NASA from exploring it.

The space agency is working with the University of Buffalo CRASH Lab, which has created a design for "a morphing spacecraft with wings that flap like a stingray’s pectoral fins," according to a statement from the university.

Known as Bio-inspired Ray for Extreme Environments and Zonal Explorations (BREEZE), the design "could make efficient use of high winds in the planet’s upper atmosphere while providing scientists unparalleled control of the vehicle," the university added in the statement.

The spacecraft would circumnavigate Venus every four to six days, with solar panels charging every two to three days on the side of planet illuminated by the sun. (Credit: CRASH Lab, University at Buffalo)

The design is one of 12 concepts selected by NASA for its Innovative Advanced Concepts (NIAC) program. Six other designs were previously chosen, according to an April statement from NASA.

It would travel around the planet every four to six days and use solar panels, powered by being on the side of Venus illuminated by the Sun to power the instruments on board. These instruments include taking atmospheric samples, tracking weather patterns, monitoring volcanic activity and gathering other data.

“By taking our cues from nature, specifically sea rays, we’re looking to maximize flight efficiency," says the project’s lead investigator, Javid Bayandor, in a statement. "The design will allow for a so-far unattained degree of control for such a spacecraft that would be subject to severe zonal and meridional winds on the planet.”

It has more volcanoes than any other celestial body in the Solar System and has a surface temperature of 864 degrees Fahrenheit.

Venus is an oddity in the Solar System in that the dark side of the planet has sustained periods of darkness, the university noted. It takes 243 days to rotate on its axis, as opposed to 225 days orbiting the Sun, effectively "making a day longer than a year."

The stingraylike wings, the internal tensioning system and the design's other technology could be used for exploring other parts of the Solar System, Bayandor added, including Saturn's moon, Titan, which could support life, as well as underwater places on Earth.

WE COULD GO TO VENUS WITH TODAY'S TECHNOLOGY, SCIENTISTS SAY

A study published in September suggested that Venus may have been habitable for a few billion years — until something mysterious happened.

The research, presented at the European Planetary Science Congress – Division for Planetary Sciences Joint Meeting 2019, noted Venus could have had stable temperatures and contain "liquid water" for 2 to 3 billion years, until a "dramatic transformation" started happening more than 700 million years ago that completely reshaped the planet and resurfaced approximately 80 percent of it.