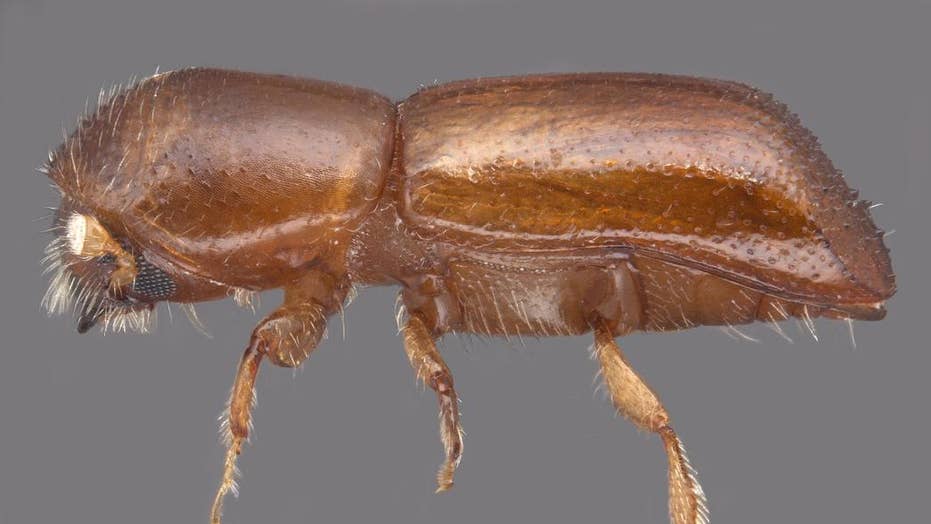 A beetle smaller than a grain of rice could have a huge impact on the agriculture industry in the southeast. The female redbay ambrosia could be deadly for avocado trees and other laurel species plants if left unchecked.

According to researchers, the insect has killed nearly 300 million redbay trees and could devastate the Florida avocado industry.  The insect is not native to North America and was first discovered in Georgia in 2002.  It has now spread across the region impacting Arkansas, Florida, Louisiana, Mississippi, and Texas.

“It’s a species from Asia that was likely introduced through the port of Savannah, Georgia,” John Riggins, an associate professor of forest entomology at Mississippi State University told Fox News. He believes the bug was probably brought to the United States inside imported wood.

WHY ALLIGATOR ATTACKS ARE SPIKING IN FLORIDA

Riggins warns the insect could also threaten other tree species used for cooking. “It brought along with it a species of fungus that causes a disease called laurel wilt. This disease impacts trees like avocados, sassafras, redbay and some other native species that we have.”

Once a tree or bush becomes a host for the insect the female burrows deep into its victim spreading the fungus, which is deadly to the trees and bushes. The host will then begin to wilt and die after a few weeks to a month. Offspring and clones of the redbay beetle use the fungus as a food source.

The insect can reproduce rapidly both asexually and by mating with males including its own male offspring, according to Riggins.  A majority of the bugs detected at different locations were identical to other beetles found elsewhere.

Riggins says controlling the beetle hasn't gone well but trees could be injected with fungicide before the infection occurs.

Jason Smith, a forest pathologist from the University of Florida School of Forest Resources and Conservation is an expert on the deadly fungus.

"We know that this enormous number of trees has been killed from a single-strain organism. That is unprecedented in biology," Smith said in a statement. "It was a pretty significant surprise for us to discover there was no genetic variation and a single-strain pathogen vector system has caused such diverse and severe damage across the landscape."

The spread of the redbay ambrosia beetle could have a major economic impact on the avocado industry. California accounts for the overwhelming majority of U.S. production of avocados with over $295 million in value with Florida at just over $19 million in production of the popular fruit. The beetle invaders could also jump the border into Mexico, which grows the majority of the world’s avocados.

SCIENTISTS DISCOVER 'ALIEN' INSECT IN AMBER FROM 100 MILLION YEARS AGO

Avocados are not the only food ingredients that could be wiped out by the beetle invaders. Bay leaf and sassafras trees and plants are also on the bug’s nesting list. Sassafras is used to make a powder used in file gumbo.