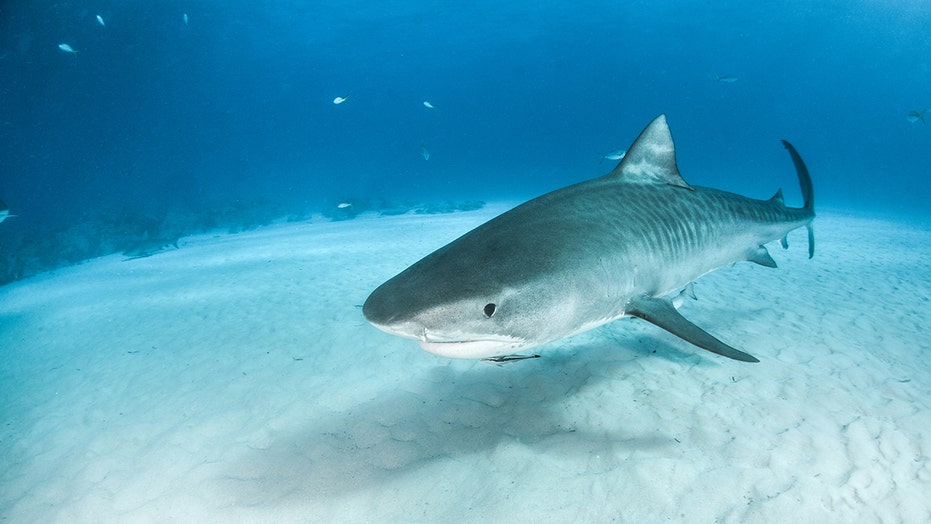 In a paper published Tuesday in the journal Ecology, scientists revealed that even though tiger sharks are known for a wide variety of cuisine including fish, sea snakes and sea turtles, juvenile tiger sharks also somewhat regularly eat typical “backyard” birds such as sparrows, woodpeckers and doves.

“Tiger sharks will see an easy meal and snatch it up, but I was surprised to learn that the sharks were eating songbirds — I assumed that they’d be seabirds,” Kevin Feldheim, a researcher at Chicago’s Field Museum and a co-author of the study, said in a news release.

In the process of their research on the diets of young tiger sharks, scientists found that of the 105 sharks they analyzed, 41 had bird remains in their stomachs.

According to a new study, juvenile tiger sharks eat songbirds such as sparrows, woodpeckers and doves. Out of 105 young tiger sharks that scientists studied, 41 had bird remains in their stomachs. (Stock image) (iStock)

To conduct the study from 2010 to 2018, lead author Marcus Drymon of Mississippi State University and his colleagues caught the 3-foot sharks, pumped their stomachs and analyzed the contents. The sharks were released unharmed after their stomachs were pumped, according to the release.

Among the contents of the sharks’ stomachs were partially digested birds. To figure out what kind of birds they were, scientists sent the remains to have their DNA analyzed at the Field Museum’s Pritzker Laboratory for Molecular Systematics and Evolution, where Feldheim led the analysis.

“None of them were seagulls, pelicans, cormorants, or any kind of marine bird,” Drymon said. “They were all terrestrial birds,” he added, in reference to birds that live primarily on land.

The sharks Drymon and his colleagues studied were in the Gulf of Mexico during migration season, which is what brought the land birds over the water.

“In every instance, the timing of the tiger shark eating the bird coincided with the peak sighting for that species of bird off our coast,” Drymon explained.

“The tiger sharks scavenge on songbirds that have trouble flying over the ocean,” Feldheim said. “During migration, they’re already worn out, and then they get tired or fall into the ocean during a storm.”

Feldheim added that these land birds also might be easier for tiger sharks to eat because they don’t handle themselves as well in and around water as seabirds do.

Scientists say the findings of the study help them better understand tiger sharks in order to protect them. Feldheim also said the study shows how important DNA databases are to scientific research.

“It shows us how much more we can still learn about sharks in general and what DNA can tell us that observation can’t,” Feldheim said.