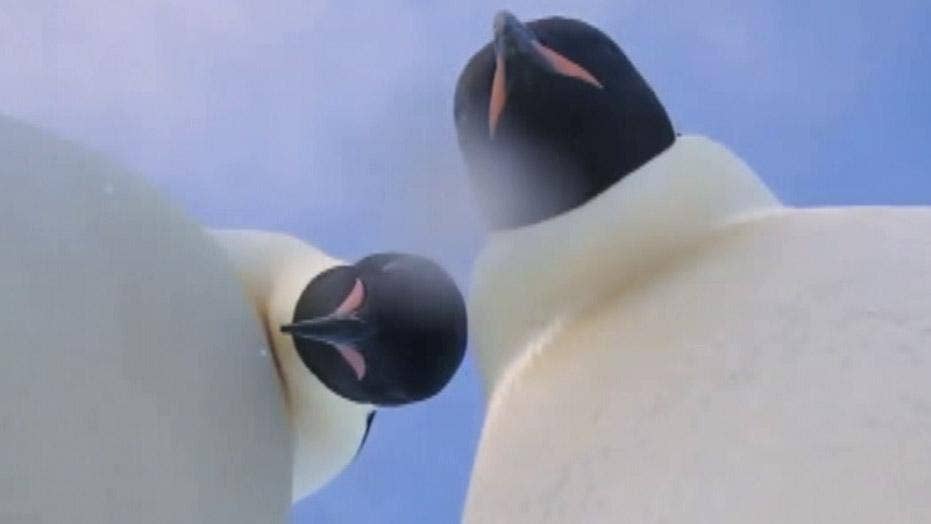 Raw video: Australian Antarctic expeditioner, Eddie Gault left a camera to observer the birds who quickly investigated, and posed, for the camera.

Blue penguins are the smallest species of penguin in the world, according to the aquarium. They're native to Australia and New Zealand, FOX25 reports.

The four newborns made their first public appearance on Tuesday, the Boston Globe reported. As of now, the chicks are too young to join the rest of colony at the aquarium, where over 90 penguins live, according to the Boston Globe.

“They only take about two months to be fully grown. We let the parents raise them up until that point,” 28-year-old Julie Larson, a penguin biologist at the aquarium, told the newspaper.

The penguins will join the colony once their fluffy down feathers are replaced with “sleek waterproof feathers” that “work like interlocking shingles on a roof to keep water from reaching their skin,” according to the Boston Globe.

The chicks, which are currently unnamed, are not the only baby penguins expected at the aquarium this spring: at least two other types of penguin chicks are also slated to hatch this season, according to FOX25.