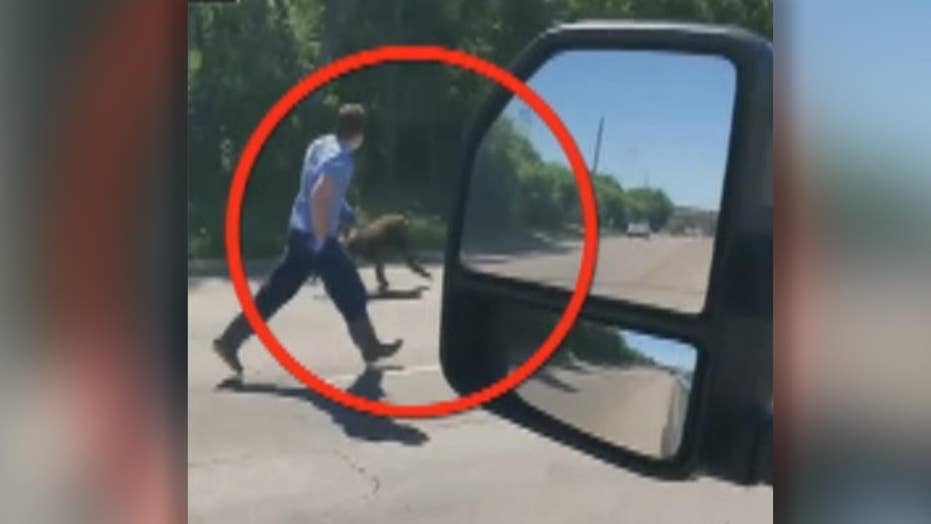 Raw video: Monkeys chased through streets after escaping research facility by rolling a 55 gallon barrel near a wall in their open-air enclosure and climbing out.

A group of baboons that escaped a Texas research facility over the weekend propped up a barrel near a wall, climbed it and then fled their open-air enclosure, officials said Monday.

The four animals escaped the Southwest National Primate Research Center at around 3:15 p.m. Saturday, according to News 4 San Antonio.

The baboons usually play with the 55-gallon enrichment barrels inside their six-acre pen to mimic foraging behavior, the research center said in a news release.

"This was truly a unique incident," Lisa Cruz, the assistant vice president for communications, told the San Antonio Express-News. "We have been caring for research baboons for more than 50 years. We have nearly 1,100 baboons on the property that date back eight generations."

Video footage showed the animals gallivanting down roads a few miles from the research center before a highly trained team was able to re-capture them, officials said. It took 30 minutes for the team to secure the baboons.

The research institute is home to more than 2,500 animals. Researchers said baboons are critical to the medical research process because of how similar their body structure is to humans.